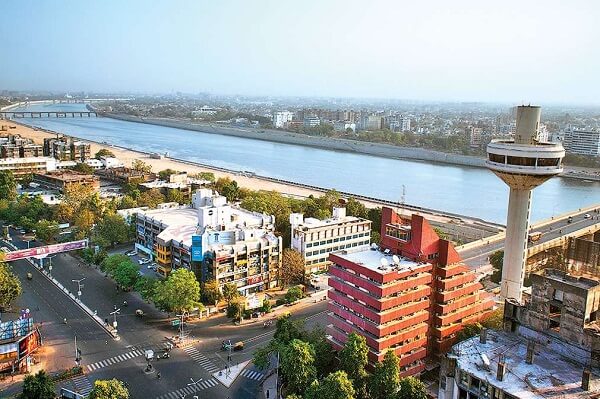 Gujarat is one of the most progressive states in India. It is one of the fastest growing tourist destinations in the country. It is widely known for its beautiful and one of the largest coastlines in the world.

There are so many beautiful beaches in Gujarat where tourism is growing at rapid rate. The state has so many historical and ancient sites, found recently. Gujarat is blessed with countless tourist attractions, where thousands of tourist visit each year. You can found all types of tourist places such as religious places, national parks, royal palaces, historical museums, lakes, zoo, and much more.

By Air: Gujarat is well connected with the major cities of India as well as other metropolitan cities in the world. Gujarat has one international airport, located in Ahmedabad. Sardar Vallabhbhai Patel International Airport has regular flights to and from Singapore, Sharjah, London, Dubai, Chicago, Muscat, New York, Kuwait and Doha. The state has also a number of domestic airports such as Rajkot, Baroda, Bhavnagar, Bhuj, Porbandar, Diu, Kandla, Surat and Keshod. Only a few domestic airports in Gujarat have a regular flights to the major destinations of the country.

By Train: Gujarat is also well connected with the major cities of the country. There is a rail track network of 5,890 in the state. You can easily reach any part of the country from Gujarat through the rail network. The major cities of Gujarat such as Rajkot, Ahmedabad, Surat, Vadodara (Baroda), Bhavnagar, Jamnagar, Junagadh, Kandla, Surendranagar, Gandhidham and Bhuj are well connected through the railway line.

By Road: Gujarat is well-connected by road through the national highways. You can easily reach in the state of Gujarat through the various borders sharing including Maharashtra, Rajasthan and others.

Gujarat is relatively a safe state in India. You just need to follow standard travel tips, while travelling in India. Please note that drinking alcohol is strictly prohibited in Gujarat. However, only a few Five Star Hotels have a permit to serve the alcohol.