9 Most Amazing Stepwells in India for Historical Trip 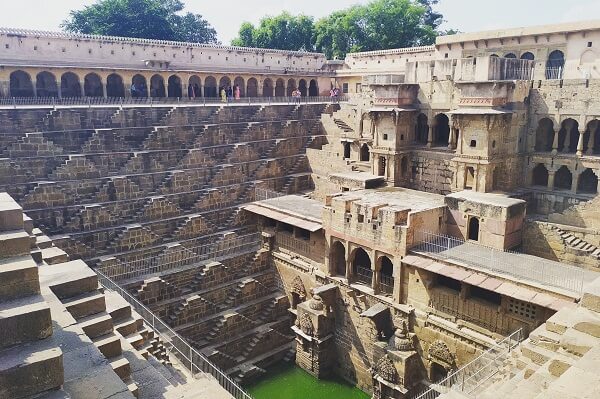 Bohri or stepwell are well which are used to draw water out. These pumps are man made. Bohri is commonly used in Western India especially in the states like North Karnataka (Karnataka), Gujarat, Rajasthan, Delhi, Madhya Pradesh and Maharashtra.

Old stepwell is the tourist attraction for new generation. You should not miss a chance to see the beautiful and old stepwell in your city or visiting travel destination. 9 Most Amazing Stepwells in India for Historical Trip

Rani Ki Vav is also known as ‘The Queen’s Stepwell’. It is situated in the town of Patan in Gujarat. This stepwell is included in the list of UNESCO’s World Heritage Site. Vav is the most luxurious structure. A stepwell has wonderful architecture, east facing with multi – storeyed pavilions which is a sole feature.

Adalaj Stepwell is located in the village of Adalj close to Ahmedabad. This stepwell built based on Islamic architecture. The construction of this well was started in the year 1499 by Queen Rudabai. The carvings on its walls and pillars include leaves, flowers, birds, fish, geometrical patterns and other breathtaking and beautiful ornamental designs. This building was venues for colourful festivals and revered rituals. It is one of the most beautiful tourist attractions in Ahmedabad.

Rani Ki Ji Baori is located in Bundi town in Rajasthan. It was built in 1699 by Rani Nathavati Ji. It is one of the noted stepwells in India. This is multi-storeyed formation, including places of worship on each floor 46 m deep stepped well. It also have some outstanding carving on its pillars and a high domed opening. It is also one of the most popular stepwells in India.

Agrasen Ki Baoli is located on the Hailey Road near Connaught Place in New Delhi. It is also known as Agar Sain Ki Baoli or Ugrasen Ki Baoli. It is a 60 meter long and 15 meter wide. This monument is protected by the Archaeological Survey of India. It has 103 steps made of red stone and is one of the most haunted places in India.

Hampi Stepped Well was built in 15th century. One of an example of Chalukya architectural style is the Pushkarni Tank Hampi. The raised mound is a 50 foot high pedestal from which kings used to have their court. This place is often visited by domestic as well as foreign tourists.

On the way to Hampi, Lakkundi village is located. It is known for the Chalukya Style Temples, stepped wells and historic inscriptions. There are many ancient wells but Chateer Bavi, Kanne Bavi, and Musukina Bavi are very popular. It is mainly famous for it s carving beauty.

Bara Imambara multifaceted in Lucknow is among the grandest buildings of the city of Lucknow. Bara means big and Imambara is a shrine built by Shia Muslims. It is built with Mughal architecture style. This complex also includes the huge Asfi mosque, the Bhulbhulayah and bowli, a step well with running water. It is one of the most beautiful stepwells in India.