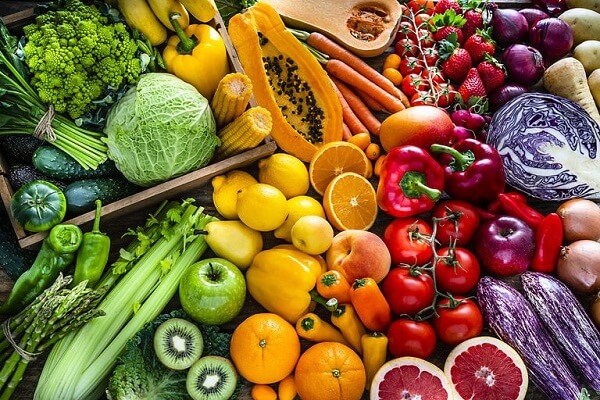 There are states that experience quite a higher number of vegetarians across the country.

Rajasthan is a state in northwest of India. This state shares quite some thrilling chapters of Indian history. Rajasthan ranks number one in the list of the top 10 vegetarian states in India. There are 74.90% vegetarians in this state.This food habit assures lower obesity rate and chance of heart diseases in Rajasthan. Surprisingly, Haryana stands at number two in the top states in India based on vegetarians. Due to the vegetarian food habit of the people in Haryana, there is a lower percentage of Type 2 Diabetes. It is located in the northern India and was carved out of Punjab, another northern state of India.

The overall percentage of vegetarians in this state is 70%.

Yes, Punjab adds as another surprising state when we speak of a higher ratio of vegetarians! The state portentously beats Gujarat in terms of vegetarianism. This place too, alike Rajasthan, shares some proud chapters of history. Punjab shows approximately 66.75% of vegetarians.

Gujarat is located in the western part of India. The total estimated rate of vegetarians here is 61%.People experience less health problems due to their food habits. Since Gujarat consists of a lot of Jains, food outlets such as McDonalds and KFC have started offering Jain food too.

Uttar Pradesh lies in the northern part of India. The estimates rate of vegetarians in this region stops at 47.1%. The famous vegetarian cuisine in this place is Bedaiand Aloo Sabji. An estimated 40.2% of population in Maharashtra turns out to be vegetarians. Maharashtra shares a vast cultural mix. There are people belonging to different food cultures in this region. With time, this has become one of the top 10 Largest vegetarian States of India.

Delhi is the capital state of India. With an estimated population of 18.6 million, Delhi has a growing number of vegetarians at 39.5%. It stands as one of the top 10 vegetarian states in India due to its massive metropolitan attitude towards population settlement.

Jammu and Kashmir not only stands as one of the most beautiful states of India, but also it falls in one of the top states in India based on vegetarians. The estimated rate of vegetarians in this region is 31.45%. Uttarakhand is a very famous state in India full of tourist attractions and breathtaking landscapes. It shares an estimated percentage of 27.35 as vegetarians.

There are many other topics that India is famous for. You must take a look at those too on our blog.