Top 10 Urbanised States in India [States with Most Urbanized Area] 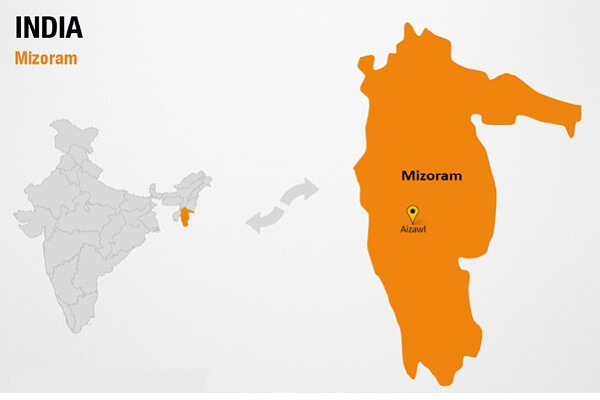 Urbanization in India picked up the speed since Independence. India is a country of mixed economy and hence privatization was also given equal importance. The total urban population increased to 34 percent in 2017, according to the census.

The article speaks of those states first that made a commendable change in terms of urbanization.

Top 10 Urbanised States in India [States with Most Urbanized Area]

Of all the states in India, Delhi, the supreme capital of India, is claimed to be one of the top 10 largest urbanized states of India. The total urbanised rate is 97.5 percent, according to 2019. The second most urbanized state after Delhi is Chandigarh. It stands at an urbanized rate of 97.25 percent, which is barely any difference from Delhi’s urban population. It is also the most systematic state in India.

Daman and Diu, being one of the top states in India based on urbanization, stands at 75.2 percent statistics when it comes to urbanization. This colony was once dominated by the Portuguese.

Puducherry is also known as Pondicherry. It stands at 68.3 percent level of urbanization. There has been a significant increase in the number of people moving from rural to urban areas of this state.

Goa is also declared as the most urbanized state in India. With a significant rate of urbanization at 62.2 percent, the state showed a massive growth in urban population. A lot of people moved from the remote areas of Maharashtra to Goa.

Mizoram is one of the North-Eastern states in India. It stands at a rate of 51.5 percent of the total population turning urban. However, the total contribution of Mizoram in the overall urbanization of India is only 0.1 percent. Surprisingly, the rate of urbanization in Sikkim has risen from 11 percent to 25 percent in the later years, which is quite a commendable achievement. Sikkim was already struggling with poor economy within, which has taken a drastic positive turn.

Tamil Nadu is in continuation as one of the top 10 largest urbanized states of India. The overall urbanized population stands at 48.4 percent. The rate is steady and increasing that makes the state stand in the list of good economy.

Maharashtra definitely is one of the most urbanized states of India mainly because of Mumbai and Nagpur. The upstaging rate of urbanization stands at 45.2 percent and is rapidly increasing due to over migrationof people from across the country. The above article speaks about top 10 urbanized states in India. We have noticed how Sikkim and Mizoram took a positive turn when speaking of urbanization. The idea was to project some new states rising up in terms of urbanization than the ones that are known already to the whole world. We hope you enjoyed reading the article as much as we enjoyed writing for you.