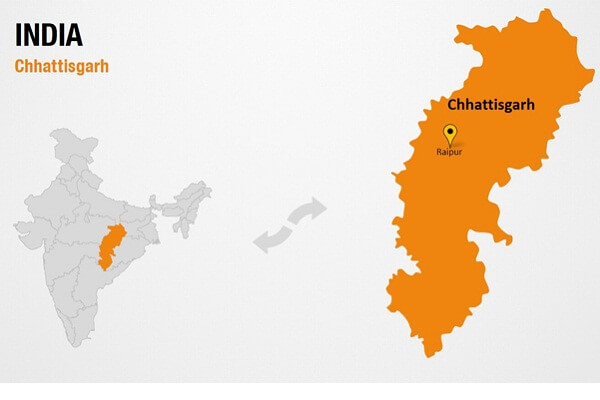 It has been 72 years of India’s Independence and India has been lately declared as a developed nation. It has 29 states and 7 union territories in total of which we will talk about the 10 largest underdeveloped states of Indiain the following article.

Firstly, let’s memorize the 7 most developed states of India. Maharashtra, Goa, Kerala, Tamil Nadu, Punjab, Uttarakhand and Haryana are the most progressive states of India.

Below is the list of the Top 10 Underdeveloped States in India:

Odisha is considered as one of the most underdeveloped states of India. Near about 59 percent of the people live below the poverty line. This is a clear indication of the standard of living of people is absolutely poor. Since the beginning of India’s Independence, Bihar has remained the poorest state. Although, Bihar is a rich agricultural state, the government fails to invest money in the production of agricultural products.

According to the Global Multi-Dimensional Poverty Index, Madhya Pradesh experiences severe poverty. There are few districts in the state that experience almost the same underdevelopment as that of Sierra Leone in Sub-Saharan Africa.

One of the reasons why Chattisgarh remains underdeveloped as yet is the slow growth rate. The progress is not broadly classified yet. There’s a lack of industrial employment and the state totally depends on agricultural produce. Jharkhand, in India, is also considered as one of the top 10 underdeveloped states in India. The poverty level is the highest in the both the sectors – rural and urban. There is inaccessibility to proper infrastructure, lack of basic amenities and very less economic growth.

This state is very low in terms of its infrastructure related to education. The agricultural share to the Gross State Domestic Product is declining. Lack of proper hospitals, zero metropolitan areas and poor road access contribute more to its underdevelopment.

Assam’s underdevelopment is due to its extremely low rate of transformation. The urbanization is growing at a shockingly low rate. The overall infrastructure, including the roads, needs a quick build-up.

Meghalaya is one of top states in India based on underdevelopment. The overall contribution of this State to the Indian economy is much immaterial. It also shows a slow rate of progress in terms of agricultural produce.

Uttar Pradesh is considered to be one of the top states in India based on underdevelopment. The infrastructure is very poor and there is no international airport in the state. There are no metropolitan areas, no railway metros and no proper cities in here. Although, Rajasthan has a very rich historic and architectural heritage, its economy is dropping year after year. The growth conditions are quite insignificant to the overall development of the nation as a whole.

We have just read an article on the 10 largest underdeveloped states of India. Though the States are struggling in their own jurisdiction to attain a large economic growth, the success rate is either unattainable or dropping down marginally in the States mentioned as above.