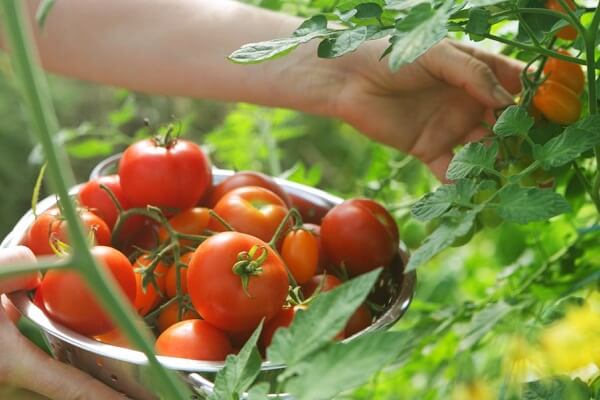 Tomatoes are an essential food in most recipes and dishes. From salads to ketchups and from vegetarian dishes to non-vegetarian recipes, tomatoes are a must. In many countries, it is also considered as a fruit. The sour and tangy taste can make anyone’s mouth water. India is rich in tomato production and last production was recorded to be 3354.47 thousand metric tonnes.

In this article, we shall cover the top 10 tomato producing states in India. Due to various health benefits, tomatoes are largely grown in India. Share with us your favourite recipes from tomato and let us know how important it is in your diet.

The state has been successful in growing various varieties of tomatoes. Thus, AP is the major contributor of tomatoes in India. The state government has massively supported in implementing advanced techniques for tomato growth. The last share was recorded to be 20.2%. Karnataka is the second leading tomato producer of India. In some parts of the state, you can buy these at a cheaper price. It is the main occupation for good number of farmers in this state. The total contribution by Karnataka was 11.1% last year. Read further to know the other top states in India based on tomato production.

Gujarat is highly known and recognized in tomato production too. Huge varieties of tomatoes are grown here. It is because the soil and fertility is suitable for tomato production and cultivation. The state has supported in exporting these to the fellow states too and the contribution to the country was reported to 6.7%.

Chhattisgarh offers quality tomatoes and here too you will find tasty organic tomatoes. Compared to the other states, the cost of tomatoes will be slightly higher due to its perfect taste, quality, and size. The share reported as of last year by this state was 4.5%.

Telangana has won many accolades and rewards for tomato production in India. The state shares a large contribution to the total produce of tomatoes of the country. Most portions of tomatoes are shared to the Indian restaurants in Telangana and the share is 4.5% of the country’s share.

Haryana enjoys the eighth position in the leading states of India in the field. Major amounts of tomatoes are locally consumed in the state. Thus, the state’s share in the country’s total tomato production is less over other states, which is 3.1%. Tamil Nadu enjoys equal recognition in tomato production in India. The cost of tomatoes in sale as less compared to other states and thus these are majorly consumed by local people. Due to its fine quality and taste, the state is among-st the 10 largest tomato producing states of India sharing a share of 2.4%.

The state is last but not the least in the 10 largest tomato producing states of India. The state’s total tomato production share to the country is 2.4% compared to previous years, which was a great achievement.

Kindly share how you found the article and take a look at the other articles related to India.