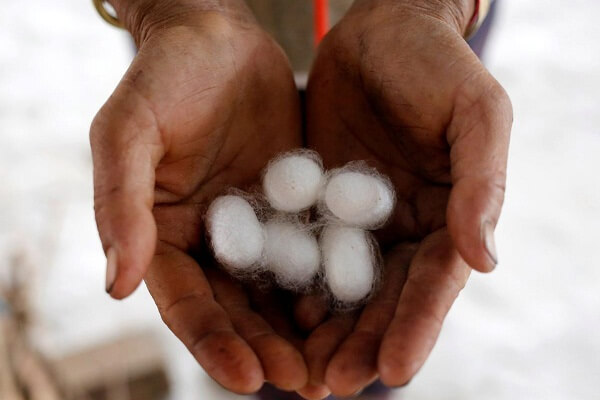 India is rich in many ways; silk production is another reason for this level of prominence that the country takes pride in sharing. Silk being a natural fibre is high in demand not only in the local market but, also in the overseas market. Due to the demand of silk, we have top 10 silk producing states in India.

In this article, we shall cover these states. If you find this article interesting to read and refer to, do not forget to drop your comments post the article. Do not forget that silk is an expensive fibre that is preferred by various people in clothing. Karnataka is on the top being the largest producer of silk in India. The state is on the top as it takes pride in producing 5200 metric tonnes (MT)and this is equal to one third of India’s total silk production per annum. West Bengal is one state known to produce high quality silk and silk products. More than 2000 metric tons of silk is produced per annumand thus, the state enjoys the third major leading position in silk production in India.

Assam is also amongst thetop states in India based on silk production. As per the records of last year, the state managed to produce 2000 MT of silk. The state has gained respect for being a major contributor to India’s silk market.

Tamil Nadu is on the fifth position in silk production of India. Last year, the state produced more than 1200 MT of silk, which was equivalent to Jharkhand.

Jharkhand is also a major silk exporter in India. Last year, the production went up to 1100 metric tons of silkand the state strives to increase it this year. Some portion of this was sold to the south Indian traders within India. Read further to more about the 4 remaining top states in India based on silk production.

Meghalaya is on the seventh rank for being a major silk producer in India. The average silk production per year is 500 MTand it was the same last year too. Meghalaya’s total contribution is 20% in the Eastern Indian market.

Nagaland stands on the eighth position in silk production. About 330 MT of silk is produced in the state and there isa significant rise in the production since last few years. Thus, the demand has also increased due to high production. Manipur is a major silk producer in India. The state’s annual output for silk production is 310 MT. The same has been consistent since last few years’ report. Thus, the state enjoys being in the 10 largest silk producing states of India.

Maharashtra is ranked 10th in the leading silk producers of India. A large part of land in the state is dedicated for silk production. However, compared to other states the contribution has been less which is 222 MT.

Feel free to leave your comments on the 10 largest silk producing states of India.