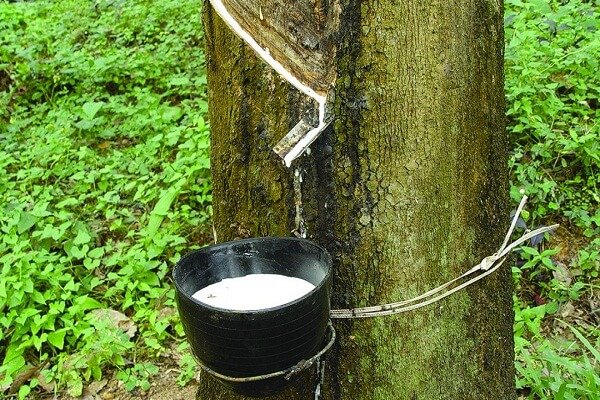 India has grown in its economy based on various factors; rubber industry plays an important role in its contribution. India is known to be the third topmost state in rubber production in the globe. Thailand and Indonesia share the first and second position respectively. To share a fact, a rubber tree usually takes 5-7 years of plantation for producing rubber latex.

Only those states with humid tropical climate and rainfall of at least 200cm throughout the year will see rubber business profitable. We have a list of top 10 rubber producing states in India. Kerala ranks on the top for being the major contributor in rubber production of India. The state managed to produce about 4,55,600 tonnes of rubber in 2019as per the records. We have 9 such names in the list of top states in India based on rubber production.

Karnataka enjoys being the third largest producer of rubber. The state uses 32415 ha of land to produce 20000 tonnes of rubber. If it pays more focus and attention, the state can easily produce 57000 of rubber too.

Assam has seen a rise in rubber production too. The state shows 12117 ha of land undertaken for rubber cultivation. The total produce of rubber in Assam last year was recorded to be 5000 tonnes of rubber latex. Tamil Nadu is on the fifth position in the list of top states in India based on rubber production. The total land used in rubber cultivation is 19355 and the state is prominentto produce the best quality rubber in India.

Another unique quality of rubber is cultivated in the state of Meghalaya. Thus, the state enjoys the sixth position in the top rubber producing state. The state has dedicated 4834 hectares of land to produce 2895 tonnes of latex per annum.

Nagaland is on the seventh position and is a being the major rubber producer in India. In 3515 ha of total land, the state produces ample amount of rubber latex. We have 3 more names to mention on the 10 largest rubber producing states of India.

Manipur is using 2400 ha of land for cultivating rubber trees. Although, the use of rubber tree is low thus, the state uses its market to sell it and benefit out of it in other states. Various industries and companies are now setting major base in rubber business in Goa. It is because more than 1010 ha of land are ideal for rubber cultivation.

The state is last but, not the least in rubber cultivation benefits. About 880 ha of land hold rubber production. The state is stable in earning its benefit out of its produce and sale.

10 Largest rubber producing states of India are over with these amazing states helping in developing India’s economic status. There is more to read on the other topics related to India in our blog.