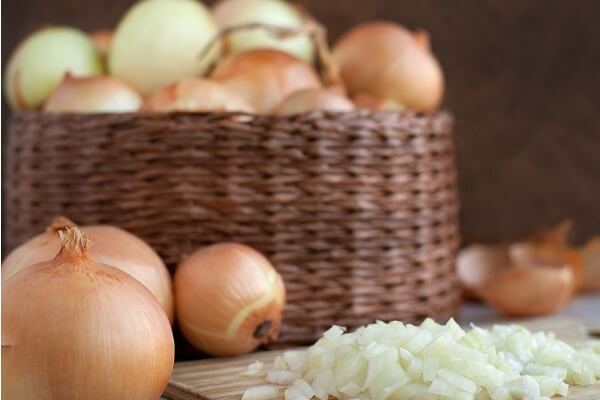 Major parts of India have seen tough times in relation to Onion prices. The exorbitant hike in onion prices made large number of people limit the consumption of Onion in 2019. Despite, the price hike some states performed well in its production. In this article we shall cover about those states. Last year, India produced a total of 52.06 lakh tonnes of onions.

Let us take you through the top 10 onion producing states in India one after another along with this total production as of last year records. If you find the article informative, please drop your comments and share with us your thoughts.

Maharashtra ranks on the top in onion production and did not really see any scarcity in the sale of onions last year too. The total produce was 5361.96 thousand tonnes of onion. Karnataka is the second largest leading onion producer of India. The total cultivation of onions for last year was 2985.75 thousand tonnes. Although, the numbers dropped compared to average annual production, it was still manageable.

MP is the third largest onion producer as per the records. The produce as of last year was 2967.41 thousand tonnes.The fall created pressures on the demand and supply but, yet MP remained on the third top position amongst the top states in India based on onion production.

People in Bihar too are high on onion consumption. The total the state produced last year was 1247.31 thousand tonnes. All India Crop Department has taken respective measures to increase the production in Bihar too.

Gujarat is on the fifth rank in onion production. The state has produced 1126.55 thousand tonnes according to the last records. People in Gujarat are not as fond as onions as other states however; the production and export is on a large scale to other parts of India. Rajasthan is on the sixth position in the list of top states in India based on onion production. The state has managed to produce 800.00 thousand tonnes of onions last year. It is on an average on the same pace in its annual production too.

Haryana enjoys the seventh position in onion cultivation. 667.12 thousand tonnes was the total production noticedand recorded as of crop reports.

Andhra Pradesh recorded a total onion production of 575.58 thousand tonnes. The state was okay to achieve its target as it does for its average annual production.

Telangana’s total onion production was 419.06 and thus, the state is on the ninth position compared to other states. Uttar Pradesh is on the tenth, yet an important position amongst the 10 largest onion producing States of India. All these states have managed to sustain their demand and supply in onion production compared to the rest parts of the country that was way low in its onion produce.

That is all about the 10 largest onion producing States of India. If there is any further information you would like to add, kindly drop your comments and also browse through other topics of the blog.