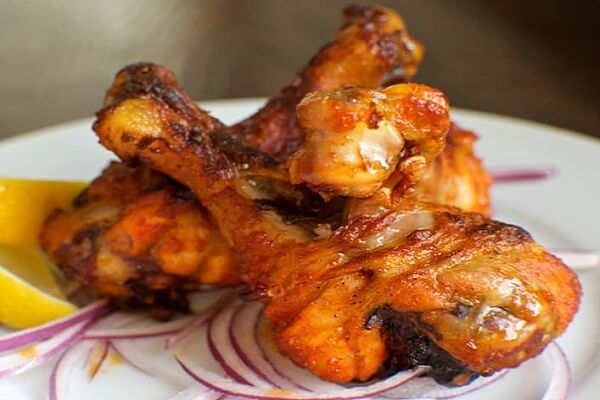 Before we proceed with the non-vegetarian states, let us share with you that you will find only Uttar Pradesh where majority of the region is vegetarian and this the percentage of non-veg eater is very less compared to other states. West Bengal is on the second position in relation to non-veg population. The state also tops in the list of top states in India based on non-veg. About 98.7% of males and 98.4% of females are non-veg eaters. Bengal is popular for fish and fish recipes.

Andhra Pradesh is on the third position no non-vegetarian population. The male numbers with non-veg eating habits are in 98.4% and the female numbers in percentage are 98.1%.

Tamil Nadu is one of the highly demanded places for non-veg lovers. The ratio of non-veg population is 97.8% males and 97.5% females. The state is thus, on the fourth position in the list of top states in India based on non-veg. Kerala enjoys the fifth position for non-veg foodies. The population of non-veg lovers is again divided into males and females. About 97.4% males and 96.6% of females love non-veg food.

Odisha is on the sixth position in this list. More number of people is shifting to non-veg food. 97.7% of men and 97.0% of women are non-vegetarians. Read further to know more 4 states in the topic of 10 Largest non-veg States of India.

Jharkhand enjoys the seventh position for the maximum non-veg food eaters. The percentage of population eating non-veg food is 97.2% males and 96.3% of females.

Bihar ranks eighth in the list of 10 Largest non-veg States of India. The last year’s data shows the actual percentage of population gender wise that rely on non-veg meals. For males, it is 93.2% and for females it is recorded to be 91.7%.

Veg is not a staple diet for most people in Chhattisgarh too. 82.7% of males and 81.4% of females are non-vegetarians. The consumption of chicken and eggs are more in this state. Thus, the state ranks ninth compared to the other states of India in non-veg consumption.

People in Assam are non-veg lovers and crazy for meat. Here, the percentage of female gender in non-veg consumption is more compared to males. 80.2% of womenare non-veg in Assam whereas 78.6% are men.

That is all for now in relation to the non-veg states of India. There are many other states too that are meat, fish, and egg lovers however; the ratio of non-veg eaters is less compared to the above states.