Top 10 Most Polluted States in India [States with Highest Pollution] 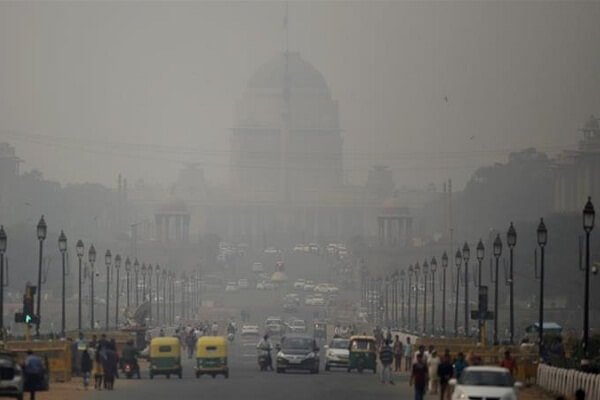 India has been named in many places for being one of the most polluted countries in the world. Although, there are certain states that have worked hard in sustaining the beauty of Mother Nature, there are some states that failed to do so.

We have a list of top states in India based on pollution that will explain you why their names are in the blacklist by environmentalists. If you have any other names of cities or states that you would like to mention that are highly polluted, do mention in comments. Most Polluted States in India

Top 10 Most Polluted States in India [States with Highest Pollution]

Uttar Pradesh ranks on the top for its level of pollution. Cities like Kanpur, Varanasi, Lucknow, Agra, and Noida have been listed in some of the most polluted cities of the world too. The level of pollution in Agra was recorded 131 compared to average PM 2.5, Varanasi was 151 and Kanpur was 173 (17 times higher as stated by WHO).

Faridabad is one city in Haryana that is on top for its pollution. Thus, the state is listed amongst the top states in India based on pollution.

Bihar also ranks amongst the top for the air pollution and noise pollution. The prominent cities blacklisted in pollution include, Patna, Gaya, and Muzaffarpur. The level of Muzaffarpur was recorded to be 120 whereas the average level must be 2.5.

Gurgaon in Delhi is in the limelight for massive pollution in India. As per the last records, the average level of PM is 2.5 and the number is quite serious with 143. It is clearly stated that the level of pollution is 70 times more than its average level. Most Polluted States in India

The beautiful state of Jammu and Kashmir that has been known for its natural beauty is also in the blacklist due to the polluted city of Srinagar. The average PM here should be 2.5 whereas it is 113.

Rajasthan is on the sixth position for its pollution. The cities affected in Rajasthan are Jaipur, Bhiwadi, and Jodhpur. Read further to know the remaining top states in India based on pollution.

Patiala in Punjab is known to be highly polluted compared to other cities and thus, the state is affected to maintain its average pollution levels.

As per the average PM 10, Mumbai was on 106. Other than Mumbai, Maharashtra is on the verge of pollution threat due to its other rising cities emitting fuel gases and other responsible factors for the air pollution. Kolkatta is the city highly responsible for pollution in West Bengal. The state is taking all the respective measures to reduce 20-30% of PM 10 and PM 2.5 levels in the coming years.

Ahmedabad is one city that is known for reaching beyond the tolerable pollution limits. Thus, the state is on the tenth position amongst the 10 largest polluted States of India.

There are various other cities also that are rising in pollution at an alarming rate which are not listed in 10 largest polluted States of India. Few to name are, Anantapur (Andhra Pradesh), Vadodara in (Gujarat), Thane (Maharashtra), Trichy (Tamil Nadu), Kalinga Nagar (Odisha), Durgapur and Howrah (West Bengal).