Top 10 Most Developed States in India [States with Highest Development] 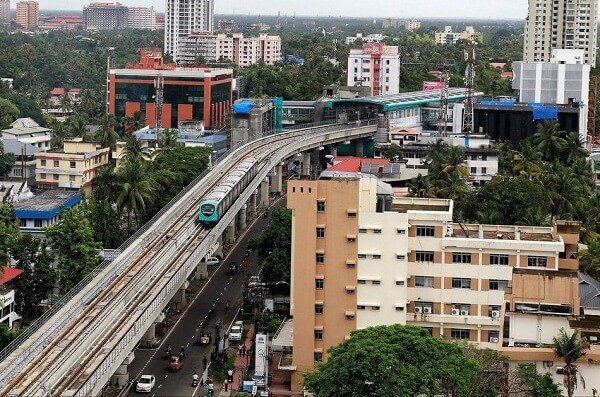 India is leading in many things from agriculture to art and culture. Tourism is another sector that has always enjoyed a great attention in India. Apart from all these, there are certain states that we always look up to in terms of development. By development, we mean technology, infrastructure, government control, hygiene, employment, and education.

We have a list of top 10 most developed states in India that will further help you with the understanding of the same.

Top 10 Most Developed States in India:

Telangana is an IT hub with amazing development seen in the past few years. It is considered as an ideal place to visit, travel, stay, and even for employment. The state also enjoys a soothing climate throughout. Goa has been regarded as the most beautiful and happening states in India. The place enjoys freedom of tourism and safety of nightlife. The travellers and tourists are free to roam around at late hours too. Goans are known to be the most peaceful people in India. The place has developed to an amazing level for its tourism sector.

Haryana is known for its fertile land to carry out various agricultural activities. The state is rich in its economic development too. In fact, the state is the only name in the list of 100% electricity provision compared to its other neighbouring regions. Let’s continue with the top states in India based on development. Uttar Pradesh, being the land of various religious shrines and temples has played a significant role in its advancement. The place enjoys 80 seats in Lok Sabha playing a major role in politics. Considering its economic development, the state enjoys the 4th position in list of top states in India based on development.

The land of respect, dignity, and culture; Rajasthan has something different about it. Rajasthan is a state known for the GSDP of INR 5 crores approx. It is a major contributor in country’s development state-wise and in the economy of the country too.

Andhra Pradesh contributes 4% of its GDP to the country. The state comprises of 250 plus industrial estates and various pharmaceuticals, automobiles, horticulture, and textiles industries. It is one of the top states in India based on development for tourism and industrial growth. The state has already achieved a good recognition in political, economic, and industrial growth since past few years.

Karnataka is a hub for malls, architectural landmarks, and other software companies. To be specific, Coorg is the talk of the town as a major contributor in Karnataka’s development. Read further for the rest 3 out of 10 Largest developed States of India. Bangalore is the capital of Karnataka and is the hub of IT industries.

Maharashtra is known for various reasons from its GDP growth to entertainment sector. The state enjoys roughly $1568 GDP per capital income and ranks one of the largest in terms of urbanisation in India.

Kerala stands a class in terms of various areas in relation to development. The gorgeous state is known for its highest rate of literacy, education centres, talent, and urbanization. The health sector has also improved that has outcast the other states in comparison. Tamil Nadu must be on the top if you talk about climate, rivers, resources, mountains, people, lifestyle, and more. The infrastructure of the place is commendable and has attracted various people to settle there. The GSDP of Tamil Nadu is of 8 crore INR approximately. Some of the best companies like Cisco, Hyundai, Ashok Leyland, Infosys, and BMW sit here.

Hope you enjoyed reading about the 10 Largest developed States of India. Spare sometime reading the other topics on India too in our blog.