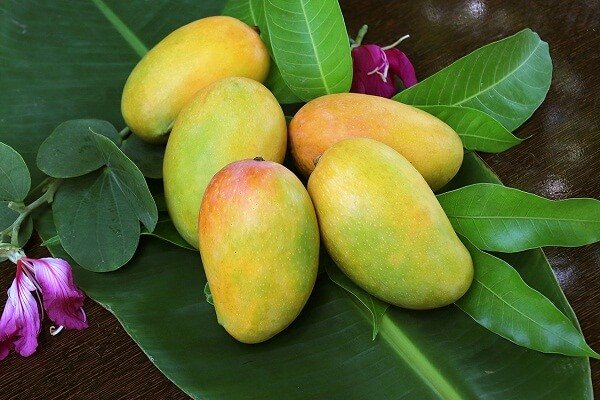 Mango is one of the most favourite fruits for majority of people. It doesn’t matter which country you belong to, Mango will always make your mouth water. India has a great demand for mangoes. The market has flourished well with a target of 18 millions of tonnes of mangoes produced every year.

India has scattered its land for 2,400,000 acres for the produce of mango. The reports of last year recorded 185 lakh tonnes of mangoes. The different varieties of mangoes produced in India are Ratnagiri, Alphonso, Chausa, Pairi, Amrapalli, Madurai, Langra, Totapuri, and some more. In this article, we shall cover the top 10 mango producing states in India. Mangoes like Dashehari, Chausa, Langra, and few more types are also exported to Philippines, Malaysia, Singapore, and other Asian countries. 4 million tonnes of mangoes were produced in UP and that counts to 70% of India’s total mango collection.

Andhra Pradesh enjoys the second top position in the list of top states in India based on mango production with 5001.74 MT last year. Vijaynagar, Krishna, Adilabad, Chittoor, and Vishakhapatnam are some major mango production areas in AP.

Neelum, Pairi, Totapuri, Alphonso, and Mulgoa are some top varieties of mangoes produced in Karnataka’s selected areas. The state ranks on the third major producing areas for mango production in India. On an average the state produces 8 lakh tonnes of mangoes annually.

Bihar is also a major name in the list of top states in India based on mango production. Some major varieties produced are Gulab Khas, Bombai, Zardalu, Bathua, Dushehari, and Chausa. Bihar recorded 2434.65 MT of mangoes last year. Gujarat is also a demanded state for mango production in India. Kesar mangoes are one of the most popular and tastiest here. Some other special varieties produced are Langra, Rajapuri, Neelum, and Jamadar. As per the reports, the production last year declined to 20 to 25%. The total production of mangoes last year was 1219.86 MT.

Odisha is the seventh largest mango producer in India amongst the 10 largest mango producing States of India. Some prominent varieties produced here in mangoes are Mallika, Baneshan, Amrapalli, Langra, and Neelum. The last year reports states production of 805.77 MT.

Langra, Kishen Bhog, Amrapalli, Bombai, and Fazli are some major types of mangoes produced in West Bengal. The areas known for mango production in West Bengal are Malda, Murshidabad, and Nadia. West Bengal was comparatively slightly higher with 844.88 only for last year. Alphonso is the king of Maharashtra. The state produced majority of these due to its suitable climate in Ratnagiri, Sindhudurg, and Raigad districts. Variety of fruit creams, syrups, ice creams, and mousse are prepared by mangoes in Maharashtra. The state recorded more mango production last year compared to other years with 566.37 MT.

Hope you enjoyed reading about the 10 largest mango producing States of India.