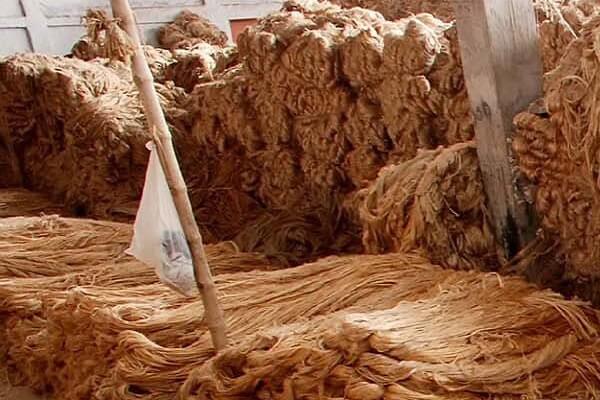 India became one of the largest jute producers in the world as of its reports for 2019. The country’s estimated jute production was about one million metric tons for 2019. We have a list of top 10 jute producing states in India who have made the country proud in its total revenue generated through the jute market and exports.

Take a look at these states one by one and let us know your experience of reading this informative article. You may also leave your comments at the end of the article and share your thoughts on the same. West Bengal is the largest jute industry in India and thus, the state enjoys the first position in the list of jute business and profits. The state has produced 8349 per bale in the 577 hectares of area dedicated for jute production. One bale is equal to 18 kg of jute.

Bihar is the second largest jute producer in India. The state contributed production of 1690 bales on its 139.1 hectares of land. These figures are collected by the data received as of 2018 reports.

Assam has many cities that focus mainly on the jute market. Some to name are, Nowgong, Darrang, Goalpara, Tezpur, and more… The state has produced 823 bales of Jute as of 2018 reports.

Andhra Pradesh is on the fourth rank in relation to jute production of India. As per the 2018 data, the state generated 225 bales of jute over its 25 hectares of land. The state’s conditions are extremely is suitable for jute cultivation. Odisha has 22.4 hectares of land only dedicated for jute cultivation. The state managed to cultivate 177.7 bales of jute as of 2018 report. Thus, the state enjoys the fifth position in the list of top states in India based on jute production.

Meghalaya is also considered to be an amazing state for jute cultivation. The state has produced 86.31 bales in its land of 12.6 hectares. As per its 2018’s collection the state is on the sixth position.

Nagaland has little portions of land with a total land area of 4.6 hectares that managed to cultivate 40.2 bales of jute on an average. The place is known for jute market too.

11 bales of jute were cultivated by Tripura for its jute exports over 1.3 hectares of its land. The state enjoys the eighth position in top states in India based on jute production. Uttar Pradesh managed to cultivate 4.5 bales of jute for its jute exports market. Although, the state has a small contribution compared to the other states in jute market, it is still a noticeable production.

A few other names on the list of 10 Largest jute producing states of India together contribute to India’s jute market. On an average the remaining parts of the country has over 20 hectares of land dedicated for jute cultivation.

To know more about other products of India other than10 largest jute producing states of India, feel free to explore our blog. Don’t forget to leave your comments to let us know what you found the most informative in this article.