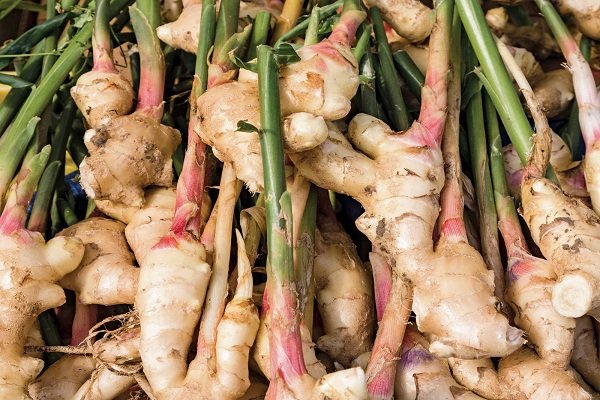 India is one of the leading producers of ginger and thus, the country has gained huge importance in its demand for ginger. Ginger is one herb or crop that is cultivated almost in every state of India. As per the survey and records of commodities market, ginger will give good returns in the recent years.

The overall ginger production for 2018 as per the spices board was recorded to be 10,43,130 tonnes. We have a list of top 10 ginger producing states in India to give you more information on country’s ginger production. Note, the figures mentioned in the article are in 1000 metric tonnes. Assam ranks on the top in ginger production and the state has managed to produce 167.39 MT of ginger as recorded for the year 2018. Ginger is also treated as a main herb to cure various illnesses.

Maharashtra is on the second position in ginger production. The total produce as recorded for 2018 has been 140.6 MT. Do you know that ginger contains Gingerol, which has magical medicinal properties?

West Bengal is leading compared to other states with third position. Ginger is an herb which is used to treat many issues like nausea, morning sickness, stomach upset, etc. West Bengal believes in this and the state manages to produce approx. 130.4 MT of ginger annually.

Gujarat is also amongst the top states in India based on ginger production. The state’s total ginger production has been recorded to 108.25 MT. Ginger helps in reducing muscle spasm, body ache, cough, cold, and soreness and people of Gujarat strongly follow it. Mizoram has also greatly contributed in the total ginger production of India. The total production share to India by Mizoram as of 2018 is 60.13 MT.

Karnataka ranks on the eighth position with recorded production of 58.39 MT. People of Kanataka believe that ginger has powerful benefits on issues related to brain and body. Read further to know the other two states in ginger production. Uttarakhand has a ginger produce of 19.07 MT as recorded in the 2018 reports. On this note we end with the 10 Largest Ginger Producing States of India. You must have noticed by now that Assam has recorded the highest ginger production ranking on the top.

We have many other articles that will give you details about the top states other than 10 Largest Ginger Producing States of India. Take a look at those articles too and don’t forget to leave your comments.