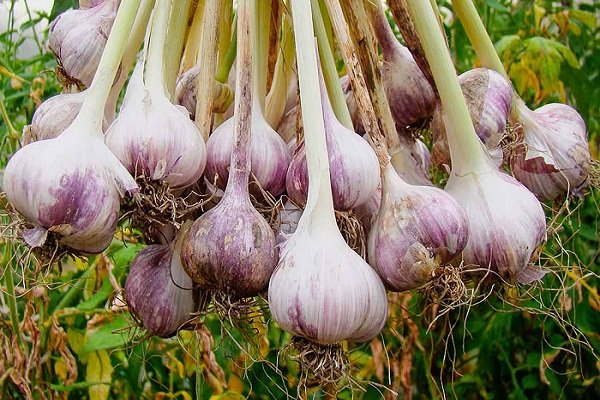 We have a list of top 10 garlic producing states in India that will share some amazing results in each state’s contribution to India. India has always played a massive role in various agricultural activities and crop production. Garlic is one of them.

In this article, we shall cover the top 10 garlic producing states in India, their contribution in tonnes and the overall percentage share that has worked for the garlic produce of India. Top States in India Based on Garlic Production:

Uttar Pradesh enjoys the second position. The total produce as of 2018-2019 recorded in the reports is 188.61 tonnes of garlic. Overall, the share is 17.13%. We just began discussing about the top garlic producing states of India. If this looks interesting, continue reading to know more.

Gujarat is in the third position in garlic production. As per the records, the total produce is 151.01 tonnes with 13.72% of annual share to India. Garlic is also treated as an herb and considered one of the main ingredients in many meals. Assam has a total production of 61.61 approx. in garlic. The total share by the state in India has been 5.60% annually. Garlic is loved by the people of Assam and thus it is cherished being in the top states in India based on garlic production.

Maharashtra ranks on the sixth position in garlic consumption. People cannot imagine their non-vegetarian recipes without the consumption of garlic. The state has managed to produce 13.96 tonnes of garlic. It means the share of contribution is about 1.27%.

Himachal Pradesh’s people also love consuming garlic and the state has made the agricultural produce of garlic in 8.49 tonnes. In short, the total share is 0.77% to India. It is one of the 10 Largest garlic producing states of India.

Other than the various crops that Karnataka is popular in producing, the state enjoys garlic production of approx.5.42 tonnes every year, which is 0.49% of total share in India’s overall garlic production. Chhattisgarh is listed in the tenth position of total garlic production in India with a capacity to produce 3.45 tonnes of garlic. The overall percentage share by the state in India is 0.31%. There are more states to name who are just close in the contribution of garlic production.

Give thumbs up if you found this article informative on 10 Largest garlic producing states of India. Take a look at the other topics relevant to your research related to India.