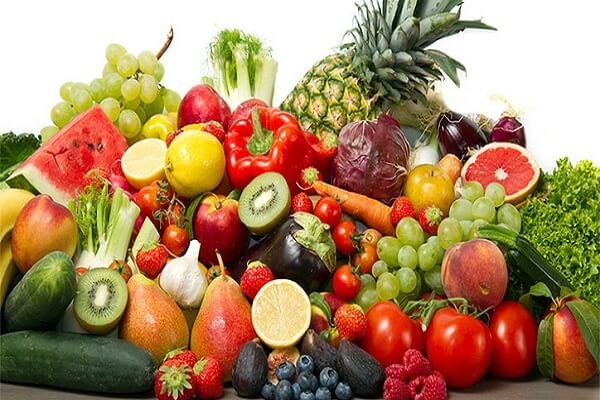 Did you know that India is the largest producer of certain fruits and vegetables across the world? The country ranks first in relation to mango production (40.4%), Bananas (25.7%), and Papayas (43.6%). India ranks on tops mainly for these three fruits. We have a list of other fruits to discuss and the list of top 10 fruits producing states in India.

2019-2019 is going to be fruitful as the country targets to produce 25.87 million hectares (mh) which is more compared to 2017-2018. Do leave your comments and suggestions post reading the article and let us know what you think about it. With the kind of produce they have made in fruits, AP is leading with first position in India for fruits production. The state produces varieties of fruits such as Nuzvid Mangoes, custard apples, and chikkus. The total produce as of 2015’s updated reports has been 13939.1 million tonnes (MT).

Maharashtra and Andhra Pradesh are more or less on the same position. The total fruits production has been 9785 MT as reported in the 2015’s horticulture reports. Some of the major fruits production in Maharashtra include; bananas, cheeku, figs, custard apples, guava, sweet lime, and more.

Gujarat ranks third with total produce of 8413.2 MT and the fruits produced here include; alphonso mangoes, kesar mangoes, custard apples, bananas, pomegranate, dates, coconut, and more… It is one of the top states in India based on fruits production. Mango is the main fruit in Tamil Nadu however, not many people taste the wild mangoes. Mangosteen is very rare in India and it is only found in Tamil Nadu. The total produce for the state is reported to 6699.9 MT.

Karnataka enjoys the fifth position in the list of top states in India based on fruits production. Fruits such as guava, pineapple litchi, sapota, and papaya are produced majorly here. The Horticulture reports say that the state has produced about 6619.6 MT. Bihar leads on the eight ranking with total fruits production recorded with 4249.2 MT. Major fruits produced here are mangoes, bananas, guava, and more… We have two more names to mention in the 10 Largest fruits producing States of India.

Kerala is last but, not the least name in fruit production. The total produce of Kerala is reported to be 2583.9 MT. Some major fruits that are the speciality of Kerala include; jackfruits, pineapples, papaya, banana, black plum, and more…

Do share your feedback on 10 Largest fruits producing States of India and let us know what did you find most interesting in the article.