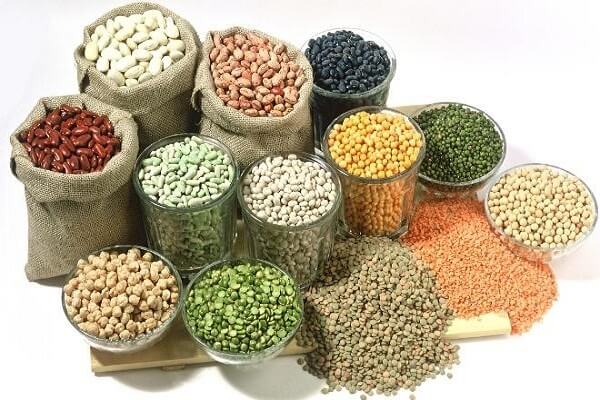 Due to the rapid urbanization development in India, the per capita consumption of food grain is decreased as per the recent reports of 50 years comparison. The economists have also predicted that it will further decrease from 14.4 to 12.7 kg per month. However, that does not mean people will boycott food grains from their daily meals.

In this article, we shall take you through the top 10 food grain producing states in India. Hope the information helps you with what you are looking for. Uttar Pradesh ranks on the top for being the major wheat producer in India. UP gave the largest share of 9.75 million hectare this year to India. If we need to speak about the total food grain production, it has been 44.01 million tonnes.

Rice is the staple meal for West Bengal people. Being the largest producer of Rice, West Bengal manages to produce about 20-25 million tonnes of paddy. The weather is pleasant for rice production in Bengal. The state is in the second position amongst the top states in India based on food grain production. Madhya Pradesh is a leading producer of food grains and other crops such as soyabean and garlic. It is India’s largest pulse production compared to other states. The largest produce in food grains by MP has been 30.21 million tonnes (MT) till date.

Barley is the major crop in Maharashtra. We do not wish to pit it down in the sequence as Maharashtra also stands first in sugarcane, cashew nuts, onions, and grapes production. The total food grain production has been 8.07 million tonnes (MT) as of date.

Punjab ranks on top in various places and stands on a better position amongst the top states in India based on food grain production. Punjab enjoys a total produce of 28.41 million tonnes on an average yearly.

Rajasthan has been listed as the sixth out of 10 Largest food grain producing States of India. It is because the total produce of Rajasthan in food grain has been 18.1 MT on an average. This gives a fair chance to the state to stand on the deserving position and enjoy equal importance. Major produce include; wheat, barley, pulses, and oilseeds. Tamil Nadu enjoys the eighth rank in food grain production in India. The state’s major contribution has been recorded for 110 lakh tonnes of total produce, majorly into millets, pulses, maize, and ragi.

Andhra Pradesh has recorded a total production of 10.57 MT in food grains. Rice, jowar, bajra, maize, and ragi are some of the important crops in Andhra Pradesh for farming.

Karnataka is last but, not the least in the list of 10 Largest food grain producing States of India as there are many other states with equal importance for their contribution in food grain production. Karnataka has reported 91.45 lakh tonnes of produce with satisfactory results in crops such as rice, ragi, jowar, maize, and pulses.

Take some time to read our other major articles on India too and share your comments respectively.