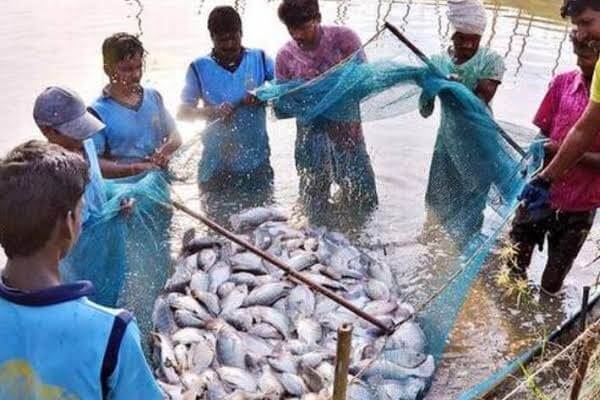 Fish being the staple diet of many parts of India, the consumption is high. Thus, we have a list of top 10 fish producing states in India that will help you understand the reasons why people consume it majorly.

Fish consumption has its own health benefits and most people’s diet rely on the same. In this article, we will take you through the respective states to give you more information on the ratio on fish eating population.

Most people are unaware of the term ‘Aquaculture’. It is referred to as fish farming. Do you know that India is the second largest fish producer with China being on top? Catla is a prominent freshwater fish of West Bengal. About 17.42 lakh tonnes of fish were produced inland as well as exported too from West Bengal.

Andhra Pradesh is on the second position for fish production inland as well as in marine exportation. Pulasa fish is highly in demand and is the special fish found in Godavari River. As per the 2018 reports, AP was leading with 34.54 lakh tonnes of total fish production.

Not many are aware but, Gujarat is a leading fish producer and exporter too. The state ranks on the third position in many websites with total production of 8.35 lakh tonnes in fish business. Gujarat is also an awardee for open sea cage fish farming.

Kerala enjoys the fourth rank with total of 6.85 lakh tonnes of fish production. Karimeen fish is very popular in Kerala. Let us find out about the other top states in India based on fish production.

Tamil Nadu enjoys great prominence in commercial fish production and farming. Fish like Rohu, Snakehead, Catla, and Tilapia are in demand from here. The total production from Tamil Nadu is about 6.82 lakh tonnes. Fish consumption is most in Goa. Every year, about 6.57 million metric tons of fish are produced by Goa. The important fish to remember from Goa are Mackerel, Shrimp, Pomfret, Sardine, and some more. It is one of the top states in India based on fish production.

Puducherry has gained a huge importance in fish production, especially for its superior quality fish and farming techniques. Thus, the states ranks amongst the  10 Largest fish producing States of India.

Odisha is widely referred to as the land of fisheries. The government has taken holistic steps in improving fish farming in Odisha. Do not go by the numbers but, go by the level of fish farming happening here. Maharashtra ranks on the top in many websites and reports for highest level of fish production. The deep sea fishing and marine culture make a great source for Maharashtra.

Apart from the 10 Largest fish producing States of India, you may also wish to take a look at our other articles related to India.