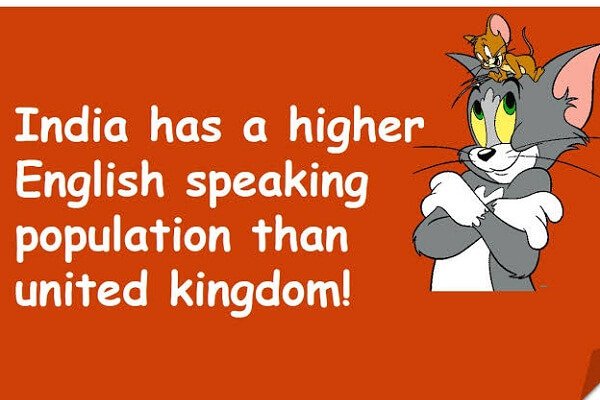 India has never been neglected in relation to education based subjects. Various states have reached up to the mark in educating the children that has helped reach up the literacy rate. As per the 2011 census, 10% of Indians speak in English. Most schools follow the same practice of using English as the first spoken language.

In this article, let us take you through top 10 English speaking states in India. Let us know how informative you found this article with your valuable comments. Before we begin, we would like you to know that about 15% of Christians are English speakers, 6% are Hindus and 4% consists of Muslim population who converse in English.

The Government of Arunachal Pradesh has declared English as the official language of the State since many years. About 97.2% of population are non Hindi speakers and use English as the communication tool.

India has a higher English Speaking Population than United Kingdom

English is an official language in Meghalaya too. The other languages spoken in this state are Khasi and Garo. You will hear people speaking in English the most here. This has attracted lot of foreign tourist to travel for leisure purposes.

Nagaland’s official language and language to communicate is English. People prefer to speak in English as it is the common language understood by most local residents in Nagaland. Check out the other 7 top states in India based on spoken English.

Although, Sikkim ranks on the fourth position for English speaking states in India, they also use 10 local languages to communicate. Thus, do not be confused if people start speaking in a different language other than English while you make them comfortable in your company.

People in Kerala rarely speak in Hindi. They are more comfortable with English as their first language to communicate with each other than their local language. Even the schools in Kerala have English has a mandate for all subjects and grades. 20.15% of local residents speak in English. Kerala is one of the 10 Largest English speaking States of India. English Speakers Around the World

Tamil Nadu has also been using English to converse with each other in the state. 18.49% of state’s population speak in English in Tamil Nadu. The list has not ended yet so read further to know more English speaking states in India.

Delhi has the highest rate of English speakers too. Most people from students to business class speak in English as the main medium of communication with each other. We have three more names in the top states in India based on spoken English.

Visit Goa for maximum amount of English speakers. Most parts of the place have people who speak in English. It is one of the main reasons why foreign tourists are in major number here other than the tourist attractions as they are able to communicate effectively with commoners.

From sign boards to education system, most places you will find English as the main mode of communication other than people speaking in English. Even the transport signs and business name plates are written in English for people to read with comfort. The union government had made English a mandate in Manipur state too. Communication is effective if we have one common language in India and thus, English.

We are done with the 10 Largest English speaking States of India. Do read our other articles on India.