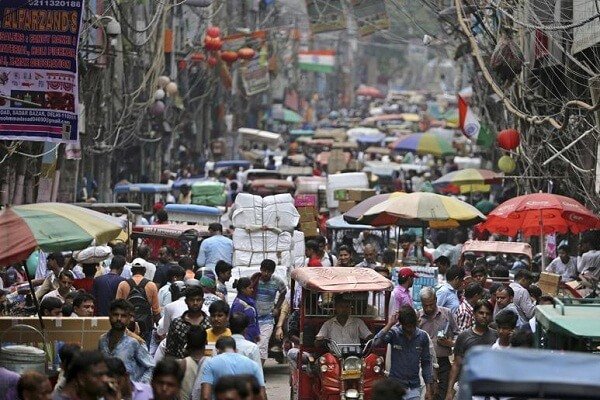 The population in India has always remained the talk of concern. Despite various awareness programs on family planning and scientific methods on birth control, the population of India seems to be increasing at an alarming rate. Check out the top 10 densely populated states in India in this article.

Some states in India are highly populated and it is the reason why the country is experiencing debt issues and increased crime rate.

About 1483 sq.km. of area is densely populated in Delhi. The population as per the recent census has increased to 16787941. It is quite a number to discuss and sort. With the increasing population, Delhi will fall short of space to accommodate more people. 114 area of Chandigarh is densely populated. It could be due to the NRI arrival or people shifting to Chandigarh from different parts of the regions in India. For instance, every state is calculated on its population based on urban, rural, physiological, arithmetic, and similar densities.

Daman and Diu has a dense population in its total 111 km of area with a number of 243247 in terms of population. Thus, the state ranks the fourth position in the list of densely populated states.

Lakshadweep’s 30 kms of land is densely populated with a number of 64473 inhabitants. There are many areas where you would experience more families residing and utilizing the land.

When you talk about populated areas, Bihar cannot be left behind. It ranks 6th in the list of top states in India based on dense population. About 104099452 Bihar inhabitants have heavily populated about 94163 km of area in Bihar. West Bengal has about 88752 km of area which is densely populated. The total number of inhabitants using this area is about 91276115 in number. Three more to go in the subject of 10 Largest densely populated states of India.

Kerala has dedicated a land of 38852 km for 33406061 numbers of inhabitants residing in. Thus, the state is on the 8th position for its densely populated region.

Guess, we are mentioning from bottom to the top now as Uttar Pradesh’s 240928 km of area of land is used by about 199812341 numbers of people as residents. Most parts of the state are highly populated due to increased population. The last but, not the least, Dadra and Nagar Haveli covers about 343709 numbers of inhabitants in 491 kms of area. It is thus in the list of 10 Largest densely populated states of India.

For any other topics related to India, you may check our other content in the blog as we have covered a lot of information on different subjects about India. Do not miss to share your comments and let us know your feedback about the article.