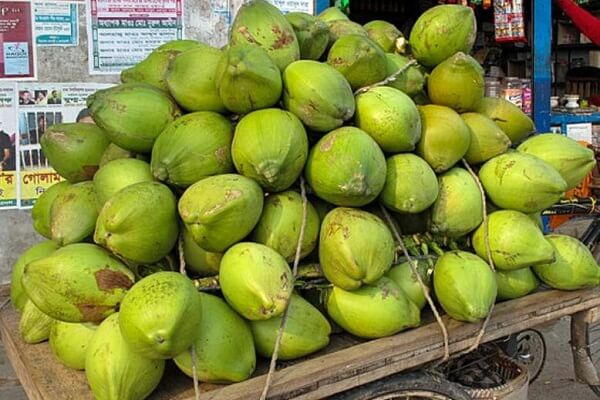 Coconuts are grown on a larger scale in Maharashtra as the soil and climate is suitable for the growth and production. On an average, to share with you about 54 million coconuts are produced ever year across the globe. In this calculation, India grabs the 3rd position in its contribution.

We have a list of top 10 coconut producing states in India that will have been leading since quite a while now. These states have been in demand for coconut production, cultivation, and exportation. On an average, Bihar produces about 141.42 million coconuts every year.  That’s quite an achievement for the state as the soil is suitable for major number of produce. The state has gradually grown in its demand for coconut production. Odisha is a major state for coconut production. Every year, about 324.93 million coconuts are produced annually. Total 50,000 hectares of land is dedicated for coconut plantation in the regions of Khurda, Cuttack, Jaipur, Ganjam, and Puri.

West Bengal is a blessing for coconut plantation. The state is rapidly growing for its produce in this fruit. Overall, 371 million coconuts are produced every year in WB. We have some more prominent names in the list of top states in India based on coconut production.

Coconut has become a staple fruit for many people in the regions of Andhra Pradesh since quite some time. It is used in making veggies, desserts, and many drink coconut water for various health benefits too. Large portion of land produces Coconut in Andhra Pradesh. How can we skip the state of Kerala in coconut production? Kerala is the only state that is majorly surrounded by coconut trees and coconut being the staple food for local residents, the place largely depends on its production.

Tamil Nadu enjoys a share of 31% of total coconut production in India. Over 4.65 hectares of land is dedicated for its production in the state. This accounts for a produce of total 7 billion coconuts.

Here, we end the list of 10 Largest coconut producing States of India. Do share your comments with us.