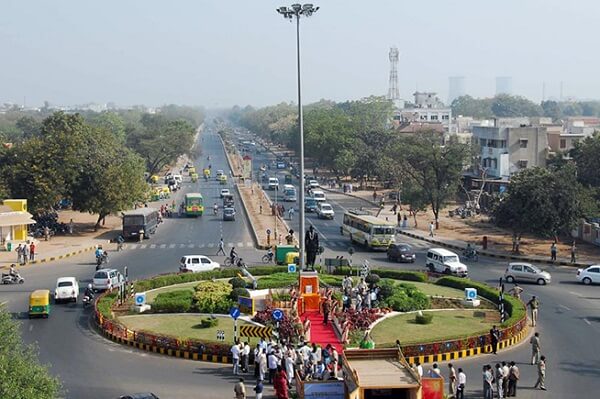 After the ‘Swatch Bharat Abhiyaan’ (Clean India Campaign) by the recent government, many changes have been observed in different parts of India. India is prominent in various fields such as talent, art, culture, tourism, agriculture, etc. However, after this campaign, many states have come in the limelight for its cleanliness. We have a list of top 10 cleanest states in India.

In this article, we will take you through these states and share how they are different from others. Do share your reviews on the same too once you go through the article.

Sikkim is outperformed in the cleanliness by taking all the preventive measures that may cause dirt and dust in the state. Many parts of the state have also maintained environmental safety measures. The sanitation conditions in the rural areas have also improved to a great extent. Chhattisgarh is the second state in terms of cleanliness. They strongly follow a zero waste policy. Many industrialists have been working on measures to perform recycling process from the waste to generate good revenue from it. Ambikapur city and Raipur are beautiful examples of the state in relation to cleanliness.

Mysore in Karnataka has always enjoyed appreciation in terms of cleanliness. In fact, the Mysore city was titled as one of the cleanest cities in India in 2018. It is one of these reasons why it stands on the third position in our list of top states in India based on cleanliness.

If you consider Madhya Pradesh, Ujjain and Indore are some of the prominent cities in terms of cleanliness. Despite the most crowded Kumbh Mela in India that invites lakhs of people from the world, the city takes all the preventive measures to maintain its cleanliness.

Call it a state or city, other than pollution, Delhi is known for its cleanliness too. Since it is a political den and capital of India, all the respective measures have been taken on strict norms to maintain cleanliness. Read further about the other top states in India based on cleanliness. Due to this massive growth and advancement in various sectors, Ahmedabad city of Gujarat is also recognized by UNESCO World as one of the heritage cities. People here also know to maintain hygiene and follow good sanitation rules.

Tamil Nadu is on the spotlight for Annual Sanitation Survey. In fact, the state has also received an award from the current Prime Minister, Narendra Modi for best cleanliness.

One city in Maharashtra deserves an award for its clean and sanitation conditions and that is Pune. The city has followed all the cleanliness measures very strictly. In fact the municipal corporation of Pune has created awareness on cleanliness in people on a large scale.

As per the news of August, 2019, the Telangana government announced 60-day campaign on cleanliness. They created awareness in all gram panchayats of rural areas. Read the last but not the least on the list of 10 cleanest States of India. Vishakhapatnam is one of the highly cleaned cities in Andhra Pradesh. The cleanliness drive has been taken seriously even by the local residents which is shown when you travel there personally and compare it with other states.

Hope you enjoyed reading the article on 10 cleanest States of India and will continue to keep your surrounding clean.