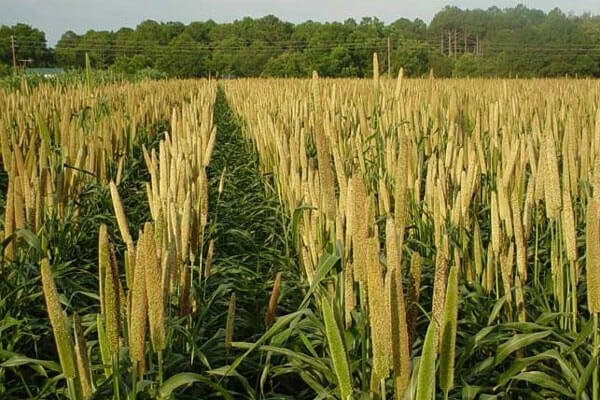 Before you begin reading about the number of states known for bajra production, it is important to know that India stands on the 2nd position in the world as a producer to various agricultural products.  Some examples to share are, papaya, guava, vegetables, mango, banana, and more. Bajra (also known as millet) too has great importance in the Indian market.

We have a list of top 10 bajra producing states in India. The list will help you to understand the total produce that India enjoys in the market per year.

Rajasthan enjoys a greater role in the millet production. Bajra is demanded due to its various health benefits that we shall simultaneously discuss in this article with you. The total production was about 3750 tonnes in 2018. UP is another name to mention in bajra farming. The place not only ranks on top in other agricultural activities but also, stands second in millet production of India too. The other names of bajra are pearl millet, sajje, kambu, kambam, sajjalu, bajri, and more. UP enjoyed 1800 tonnes of bajra production last year.

Gujarat’s overall production for last year was 920 tonnes in bajra. People in Gujarat believe that bajra helps in preventing cancer, sugar levels, and diabetic disorders, which is a medical fact. Thus, the demand of bajra is more.

Madhya Pradesh enjoys a great attention in bajra production. Last year, the stated produced about 760 tonnes of bajra for its market. Another great quality of bajra is that it promotes weight loss over wheat and is a great source of energy. Haryana achieved about 720 tonnes of millet production in the state, which was quite a good number. The state strives to sustain the number and enjoy fifth position as of now in the list of top states in India based on bajra production.

Last year, Maharashtra produced 610 tonnes of bajra and continues to adapt to measures to increase its production. Bajra is known to improve heart health and thus is majorly in demand in this state.

Bajra in Tamil Nadu is referred to as Kambu. The state is known for highest bajra yielding as per the previous stats. We have three more interesting states to go for the top states in India based on bajra production.

Karnataka is also a good state in terms of bajra production. Compared to other years, the production last year increased and reached to 290 tonnes, which is quite an achievement. Bajra grows better in dry areas and thus, Karnataka’s soil and climate is suitable for the same. Telangana is also amongst the 10 Largest bajra producing States of India that has been contributing a certain percentage in bajra production. July is the ideal month to sow Bajra seeds and thus, most farmers in Telangana state focus on the same.

Other names in India whether districts or smaller parts of the country contribute to bajra growth. Overall, the percentage as per the last year’s stats is 290 tonnes.

If you found this article interesting, check other articles too other than 10 Largest bajra producing States of India.