Top 10 Agricultural States in India with Most Productions 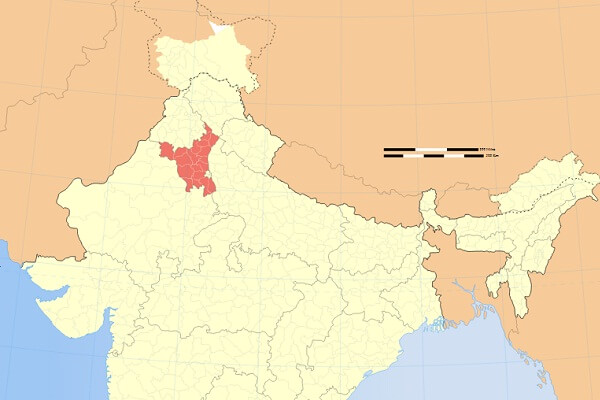 India is a vast treasure speaking of Agriculture. The land is not just prominent to produce gold or other valuable jewels; the land is popular for the top 10 agricultural states in India. History has always spoken for India giving it the ratings for being the world’s second largest agricultural producer for products such as vegetables, fruits, and pulses. Millions of people are directly and indirectlyemployed in this sector. It is the lifeline for several million people and of course to the economy of the country.

The agriculture sector contributes 17.5% in the GDP (2015-2016). On the other hand, this sector employs about half of the workforce of the country. Let us take a look at the top 10 agricultural states in India. We bet, you would agree to these and would love to invest in an agricultural land than any other business.

Not only known for its divine pilgrims, Uttar Pradesh also gains popularity in its agricultural produce. Being the largest producer of wheat, the state enjoys great attention. Its land is also known for producing rice, barley, bajra, and various other pulses.

You must have one question, Which state is No. 1 in agriculture in India?According to the facts and figure, Uttar Pradesh is the largest agriculture producing state. Approx. they use 76% of its land area for farmingwhich is one of the largest in India. If you talk about rankings, West Bengal enjoys the second position in agriculture of India. It leads as a massive producer in rice, jute, tobacco, and many similar products. Keep reading to know more interesting states. The state of West Bengal produces more than 8% of India’s food production. Hence, it plays an important role in food security of India.

Punjab enjoys the third position in agricultural production of India. Production of wheat, rice, sugarcane, cotton, and food grains take place here. It is amongst thetop states in India based on agriculture.

Being the neighbor of Punjab, Haryana grabs the fourth position in the country for being the agricultural land for paddy, wheat, sugarcane, and sunflower. It has superb irrigation systems due to which crops bloom like anything. Madhya Pradesh has always been a massive producer for pulses in India. Pulses such as soyabean, urad, tur, and many more gain focus here. The state is also popularly known to produce wheat and maize.

No matter, which site you refer to, you will find the state titled as the ‘Rice Bowl of Central India’.Enjoying the 6th position in the list of top states in India based on agriculture, it is known for production of rice, maize, oil-seeds, and groundnuts.

Odisha is also an important agricultural state producing crops like rice, tobacco, rubber, tea, coffee, jute, sugarcane, and many more… Major portion of land is acquired to feed the crops.

Approximately, 62% of population in Andhra Pradesh rely on their agricultural produce as part of their occupation. Important crops that enjoy attention here in its production include; ragi, pulses, maize, jowar, bajra, tobacco, castor cotton, and many more…

It is the largest producer of Tobacco in India, thanks to great interest by farmers. Just like Chhattisgarh, Telangana is also known as the ‘Seed Bowl of India’. The major produce in this state is of sugarcane, tobacco, rice, and mango.

Last but not the least, Karnataka holds a vital importance in the agricultural subject of India. The soil and climatic conditions are best for agricultural produce such as barley, wheat, sesame, peas, and mustard. It is the largest coffee producer state in India with share of nearly 71%.

Though, these come under the 10 Largest Agricultural Producing States of India, there are many other states known for their agricultural production as per the climate and soil conditions. Do read our other topics on what India is, more popular at.