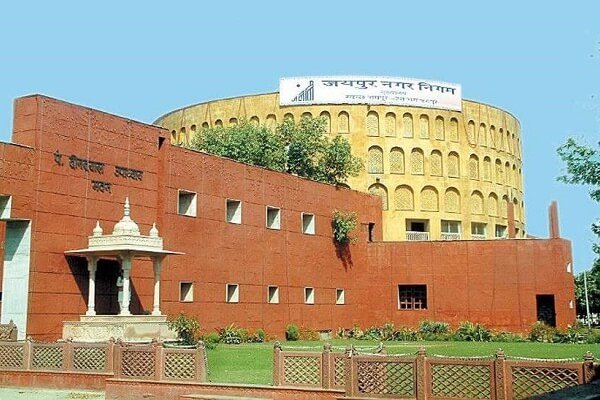 Jaipur is the capital city of India’s Rajasthan state. Due to its trademark building color Jaipur is known as “Pink City”. If you are participating in the National level online quiz competition on National Constitution Day then general knowledge is very important to win the competition. You must know very thing about your city and this Jaipur Quiz will help you to know each and every thing of your city.

So this article is for you and you can also do practice free of cost. All the types of questions are included in this article. So, lets start. #1. What is Jaipur’s nickname?

#2. Sawai Mansingh Cricket stadium in Jaipur is a popular venue for many International matches and for ________ matches.

#4. In an era when most of the ________ were busy fighting with each other, Jaipur’s kings diplomatically broadened their control sphere maintaining good relations with the Mughals.

#5. Jaipur has been ranked 31 among the 50 Emerging Global Outsourcing cities. Genpact and ________ have their BPO already established and running successfully.

#6. What is the postcode of Jaipur?

#8. For what is Jaipur a first planned city?

Lok Sabha
Rajya Sabha
High Court
None of these

#10. What is the leader of Jaipur called?

King
Shehzada
Maharaja
None of these

#11. Jantar Mantar is a name from two Sanskrit words meaning what?

#12. Which Hindu Rajput ruler was responsible for the construction of Jantar Mantar in the early 18th century?

#13. This is the Vrihat Samrat Yantra at Jaipur. Although the structure on the right may remind you of the stairway to nowhere seen briefly in an episode of ‘The Simpsons’, it actually has a very specific function. Which of these describes it?

It is the gnomon of the world’s largest sundial.
It provides access to the telescope room.
It allows supervisors a good view of the work on the instruments below.
It allows better precision through elevation when making observations.

#14. On days when the Samrat Yantra cannot provide accurate sun position measurements, another structure called the Dakshin Bhitti Yantra is used. On which day or days does it get pressed into service?

#15. This is the Narivalaya Yantra, another monumental sundial that can be seen at Jantar Mantar. It consists of a circular dial, which is situated at an angle, on which a thin rod in its centre is pointed at one of the earth’s poles. What determines the angle of inclination needed for this instrument to produce accurate measurements of time?

#16. The Chakra Yantra, pictured, is used for measuring the position of celestial objects that can be seen during the night.

#17. The Unnatasha Yantra at Jaipur, seen here, is designed to be used for observation of solar eclipses.

#18. Here is part of the Rama Yantra, another device for locating celestial objects. It consists of two open-roofed cylindrical structures, each with a pole at the centre. The radius of each cylinder, the height of its walls, and the height of the central pole, all need to be precisely constructed to allow accurate measurements. How are these three dimensions related to each other?

#19. The Rashi Valaya Yantra is a set of twelve (12) sundials whose orientation is unusual – they do not point due north. This is because they are not used to measure solar (sun) time, but are rather based on sidereal time. With what astronomical entities are they aligned?