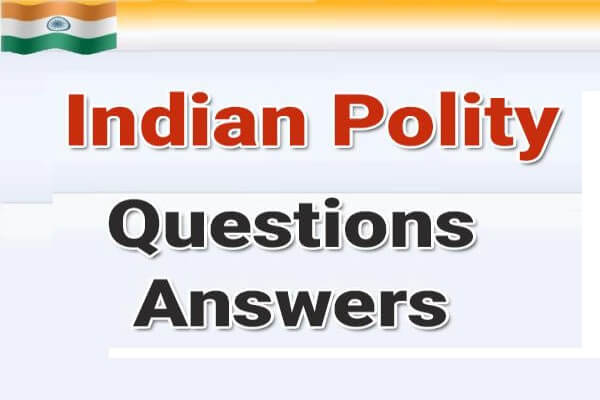 Indian Polity provides the rights, duties, and functions of the government. It will also help you for the competitive examinations such as IAS, IPS, UPSC, GPSC, Banking and many more exams. So, lets start. #1. In which year, Congress acted as an opposition party in Indian Parliament for the first time?

#2. In the constitution of India, the Freedom of speech and expression:

#3. Which among the following authorities decides , how far the fundamental rights can apply to the members of the
armed forces in India?

#4. The Sarkaria commission is related to which of the following?

#5. The Vice-President of India is:

#6. The Emergency Provisions of Indian Constitution have been borrowed from:

#7. The Tenth Schedule of Indian Constitution was added via the:

#8. Who among the following was the chairperson of the Provincial Constitution Committee of the Constituent Assembly?

#9. Which Article of Indian Constitution incorporates the Common law doctrine of pleasure?

#10. In which of the following circumstances, the prime minister of India cannot participate in voting on a No-confidence motion against his / her government?

#11. How many presidents of India so far were elected unopposed?

#12. Section 375 of the Indian Penal Code is related to which among the following?

#13. The word secular was added to the preamble of the Indian Constitution by

#14. What is the total strength of members in Lok Sabha of the parliament?

#15. When did the Supreme Court of India set up in its present form?

#16. In which of the following years Bharatiya Janata Party (BJP) Party was set up?

#17. Total number of amendments in Indian Constitution are

#18. How many sessions are held in a year in Lok Sabha?

#19. The president of India address his resignation letter to

#20. Who is the Chairman of Kendriya Hindi Samiti?

#21. Right to Information act in India came fully into force in?

#22. Minimum age required to contest for Lok Sabha election is