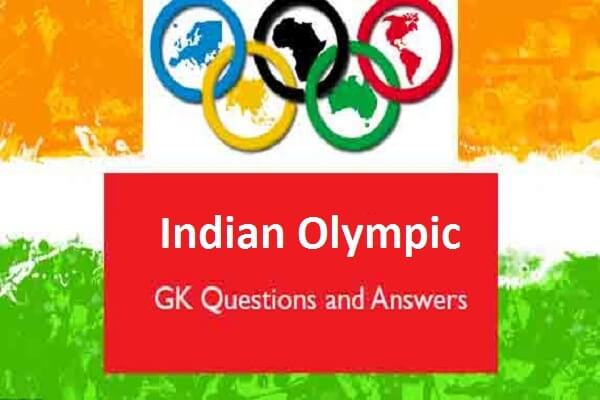 #1. Who is the first Indian woman to join the International Olympic Committee?

#2. Who was the first Indian woman to ever win an Olympic medal ?

#3. Who is the first Indian to win an individual gold medal at Olympics?

#4. In which year India won first gold medal in hockey?

#7. Who was the First Indian to win an individual Olympic medal after independence?

#8. In which Olympics did the Indian team win its first gold medal in hockey?

#9. What unique Olympic achievement is Phadeppa Dareppa Chaugule credited with?

#10. While India did officially participate in the 1920 Antwerp and 1924 Paris Olympics, the medal tally did not increase until the 1928 Amsterdam Olympics. In which team sport, also the country’s national game, did India strike gold in these games?

#11. India won a bronze medal at the 1952 Helsinki Olympics. Nicknamed the Pocket Dynamo, in which sport did KD Jadhav win the first individual Olympic medal for independent India?

#12. Milkha Singh represented India in the 400 meter sprint at the 1956 Melbourne and 1960 Rome Olympics. Which of these medals did he win for the country?

#13. Who was the first Indian woman to reach the finals of the Olympics, at the 1984 Los Angeles Olympics?

#14. India’s wait for its first female Olympic medal winner finally ended in the 2000 Sydney Olympics with a bronze medal won by Karnam Malleswari. In which sport did she compete?

#16. Who among the following is the lone winner of gold medal from India in the Olympics?

#17. How many athletes were India(Bharat) sent to the 2016 Paralympics in Rio De Janeiro?

#18. Which Indian personality was awarded Olympic Order in 1983?

#19. Who is the First Indian woman to reach Semifinal in Olympics ?

#20. When did India Officially participated in Olympics ?

#21. The only Indian woman boxer to win a medal at the Olympics

#22. Indian Olympic Association was formed in the year