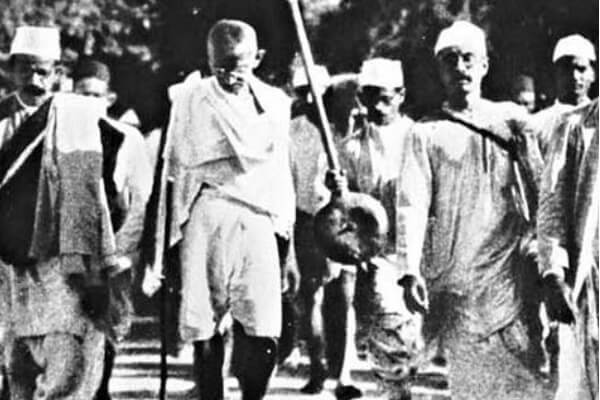 Multliple Choice Questions and Answers are very much helpful to you and will be very much interesting to learn about Indian Freedom Struggle through this article. It will also help you to increase your General Knowledge. It will be a joy to you to get more about the freedom struggles with the help of this MCQs. So, lets start. #1. Who led the Salt Satyagraha Movement with Mahatma Gandhi?

#2. In which of the following movements did Mahatma Gandhi make the first use of Hunger Strike as a weapon?

#3. From where did Archarya Vinoba Bhave start the individual Satyagraha in 1940?

#4. Moti Lal Nehru and Chitta Ranjan (C.R.) Das were the founder members of the?

#5. Gandhi considered Khadi as a symbol of?

#6. The Round Table Conference at London met for the decision of?

#8. Who attend the Congress of Oppressed Nationalist at Brussels in 1927, on behalf of the National Congress?

#9. Gandhiji was the staunch supporter of?

#10. Who was the last British Viceroy of India?

#11. The Swarajya Party was formed following the failure of?

#12. Who declared as his ultimate aim the “wiping of every tear from every eye”?

#14. Which of the following movements immediately followed the partition of Bengal?

#15. Who was the first Indian native ruler to accept the system of Subsidiary Alliance?

#16. Which one of the following aroused a wave of popular indignation that led to the massacre by the British at Jallianwala Bagh?

#17. The Simon Commission was boycotted by the Indians because –

#18. Which one of the following was the first fort constructed by the British in India?

#19. The system of communal electorate in India was first introduced by the –

#21. Who once remarked, “Nehru is a patriot while Jinnah is a politician?”

#22. The Hunter Commission was appointed by the British to probe the :

#23. In which session did the Indian National Congress declare Poorna Swaraj (Complete Independence) to be its goal?