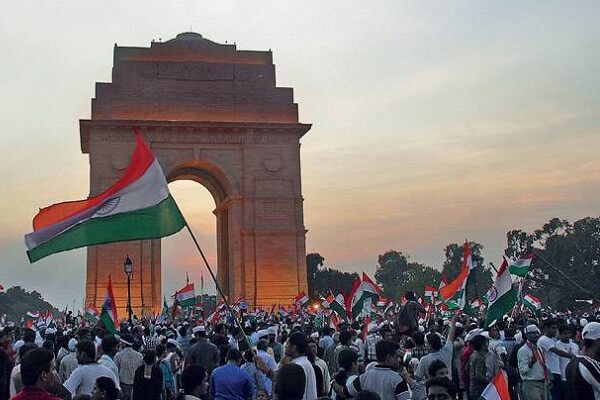 Objective Type Questions and Answers on Indian Politics such as State commission, Public service commission, Election commission, Indian Politics on Parliament, Fundamental rights are available. You can also be able to test your IQ with the help of this article. It will also increase your confidence for the exams. #1. Who is responsible for conducting elections in a fearless atmosphere?

#2. How are political parties that operate in more than four States known?

#3. What is essential for increasing participation of people in running a government?

#4. What is extremely necessary for sustaining democracy?

#6. What is given rise to when violence is used to attain political objectives?

#7. What is the narrow-minded attitude of thinking only in terms of one’s own region?

#8. What is the biggest challenge before Indian democracy?

#9. Which is the largest democracy in the world?

#11. Which country experienced its first democratic transition of power in 2015?

#12. Which country has the highest number of women in parliament worldwide?

#13. What important legislation protecting the rights of persons with disabilities is celebrating its 25th anniversary in 2015?

#14. The Parliament of India cannot be regarded as a sovereign body because

#15. The members of the Rajya Sabha are elected by

#16. The members of the panchayat are

#17. The power to decide an election petition is vested in the

#18. The Parliament of India can make use of the residuary powers

#19. The minimum age to qualify for election to the Lok Sabha is

#20. The pension of a high court judge is charged to the

#21. The members of the Rajya Sabha are

#22. The president can dismiss a member of the council of ministers

#23. The minimum number of members that must be present to hold the meeting of the Lok Sabha is