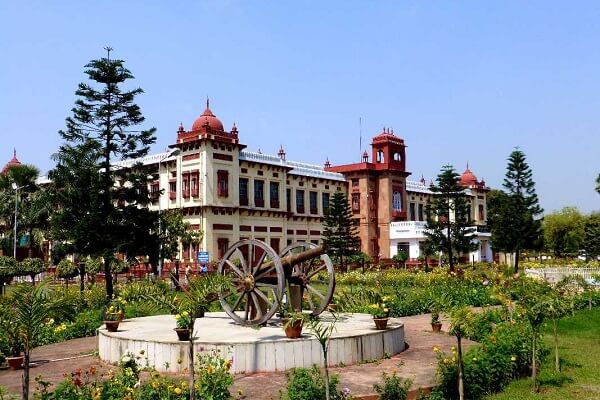 Bihar is an Indian state situated on the eastern side of India. It is the 13th largest state in India and 3rd in the population. Comparing to the other states, the population of the Bihar is growing at rapid rate. The state Bihar was founded on 31st March, 1936. The population of Bihar in the year 2012 was 99.02 million. Patna is the capital city of the state Bihar.

It is surrounded by Nepal from the North, West Bengal from the east, Uttar Pradesh from the west and Jharkhand from the south. The capital city of Bihar, Patna earlier known as Patlipura was an important part of the Indian civilization. In this article, we have provided the names of the top 10 tourist places in Bihar for tourism. Mahabodhi Temple is a World Heritage Site situated in Bodhgaya, Bihar. It was built based on Indian architectural style by the architect King Ashoka. The timing of the temple is 9.00 am to 5.00 pm. The vault of Mahabodhi temple is covered with 290 kg of gold. The Patna Museum was constructed in 1917 by British to display the historical things found in vicinity of Bihar. It was built on basis of Mughal and Rajput architectural styles and it is known as Jadu Ghar. The building designs were drawn by Rai Bahadur Bishnu Swarup. The world famous Didarganj Yakshi statue is one of the museum’s most prized collections. It was the first museum opened in the Bihar-Orrisa provinces. Sanjay Gandhi Jaivik Udyan is located near Bailey Road in the city of Patna. It was a park, not opened for the public till 1973. The park was opened for the general public in 1973 as a zoo. This park is a frequented picnic spot in Patna. It attracts lakhs of people to visit the Park annually. The land was acquired from the Public Works Department as well as from the Revenue Department by the Government of Bihar to expand the park. The park also contains species of tree and herbs, an aquarium, nursery for medical plants, orchid house, rose house, fern house and much more. The Gurdwara in Patna was built in the remembrance of Guru Gobind Singh. It is situated in one of the old quarters of Patna. It is located on the banks of the River Ganges. It was made by Maharaja Ranjit Singh, the first king of Sikh Empire. So, Patna is a popular place for the Sikh followers across the world because Guru Gobind Singh ji born here. Gautama Buddha Wildlife Sanctuary is located in Gaya district of Bihar and Hazaribagh district of Jharkhand. It was established in 1976 with an area of 259 km sq. It includes the forest like dry and moist Sal forest, ravine thorn forest and tropical riverine forest. It also contains the rest house. The sanctuary is 65 km away from Gaya, which is well connected through railway line and airport. Agam Kuan is known as the oldest as well as an important archaeological site in Bihar. Agam Kuan means ‘unfathomable well’ is said in the period of Muarya Emperor, Ashoka. The well is located in south-west to the Gulzarbagh Station and east to the city of Patna. The temple is a well known place for curing diseases like Small Pox and Chicken Pox. In the premises of the Agam Kuan, there is a Shitala Devi Temple. Naulakha Palace is also called as the Navlakha Palace is situated in the town of Rajnagar near the Madhubani in the state, Bihar. The Palace was ruined in the earthquake of 1934 and was not rebuilt again. It is located near the banks of the River Kamla. The Palace was built by the Maharaja Rameshwar Singh. It is also known as the Rajnagar Palace Complex. We can reach here easily by train or road. Rajnagar Railway Station is just a mile east to the palace. Champaran is a historic region, which is now parted as the East Champaran district and West Chmparan district in Bihar. The meaning of Champaran is ‘Champa’ means trees of Magnolia and ‘Aranaya’ means forest. Champaran district of Bihar very well known for its Indigo cultivation. The Champaran Satyagraha has taken place under the leadership of Gandhi ji due to agrarian trouble faced by the farmers. It was the first Indian soil satyagraha which became successful. Maner Sharif also known as Maner is a satellite city of Bihar, India. It is also known as metropolitan city, situated 24 km far from the city Patna. It lies west to Patna on the National Highway 8. The city named after the Sufi saints Makhdoom Yahya Maneri and Makhdoom Shah Daulat. The Governor of Bihar Ibrahim Khan built the tomb of the Saint Makhdoom Shah Daulat which was completed in 1616. Maner’s Laddu which is made from ghee, is a well known sweet item. Buxar Fort is an ancient testament situated on the banks of the river Ganga. This historic fort was made by the King Rudra Deo in 1054 AD. Buxar Fort is considered as the valuable treasure of the Buxar city and also known for it’s construction brilliance. Going through the artifacts and carving of the fort, tourists will have a great time. Buxar is also known for its handloom products.