An Essay on Types of Natural Disasters for Kids, Youth, and Students 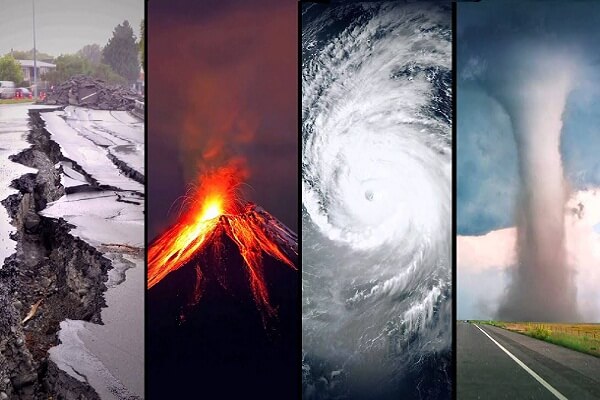 Any natural phenomenon such as earthquakes, cyclones, storms, floods, drought, bush / forest fire, avalanches etc., which cause huge losses of life or environment and which cannot be recovered naturally is known as natural disaster.

Rural community is mostly affected by the natural disasters and causes drastic economic, environment and social losses. Infrastructures are demolished, heavy losses of lives, migration, lack of food supplies which might even lead towards the state of starvation, lack of education and employment opportunities are some of the drastic effects of natural disaster. There are five types of natural disasters,

Floods occur mainly due to sediments it carries, which causes corrosion of the river banks. Streets suffer from water logging, but a maintained drainage system drains the excessive water in street and avoids damage to human beings and assets.

Near about eight states or more suffered from the massive severe drought in the year 2001. Analysis showed that, in areas of arid, semi-arid, sub- humid, a below-normal rainfall of 54-57% was recorded resulting in drought, and a terrifying drought occurs once in ten years in these areas. The dangerous effect of drought affected 56% of the masses and lead to miser livelihoods of around 300 million people across 18 states.

Mainly at the time of high tide, cyclones occur which are followed by flood, vigorous winds and storm surges and its impact is mainly confined to coastal regions. Cyclones affect the means of livelihood, infrastructural damage and drop the economic levels of the state.

One of the most life taking natural disasters is the occurrence of earthquakes, which may occur at any point of time and place. Earthquake scales a substantial loss of lives and huge damage to infrastructure and also leads to the scarcity of water and food, which may force people to migrate to their neighbouring states.

Tsunami is a series of ocean water waves, which are formed by immediate disturbance in the sea floor, landslides or volcanic eruptions. The Asian Tsunami on 26th December, 2004 was the most devastating disasters which affected 11 countries.

Important Note: An Essay on Types of Natural Disasters is written for knowledge and reading purpose only. You are not allowed to copy this essay for your personal work.

Article Title:An Essay on Types of Natural Disasters for Kids, Youth, and Students
Article last re-published on May 16, 2020. Original.