An Essay on Swami Vivekananda for College and School Students 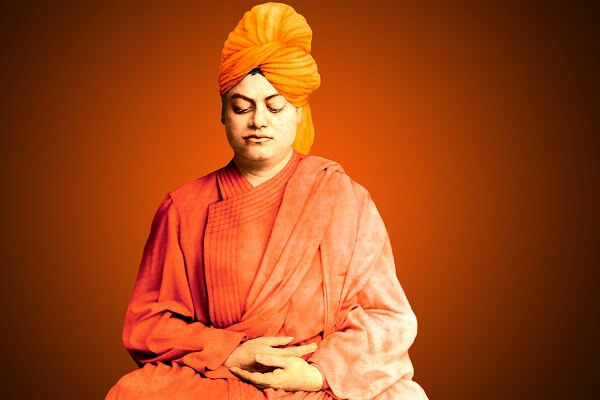 Born as Narendra Nath Datta in a prestigious Bengali family, in Calcutta (present day Kolkata) on 12th January 1863, he was inclined towards spiritualism. He was a devoted follower of his guru Ramakrishna Deva. It was through the teachings of his spiritual guide; he learnt that service to mankind was the greatest way to serve God. He had always been fascinated by ascetics and monks and after the demise of his guru, he toured the entire subcontinent.

Formative years of a spiritual guide

He belonged to a traditional Bengali family, having a strong academic background. Though an active child, he was fond of reading and a wide variety of subjects caught his interest. His fascination for religion led him to study many ancient Hindu scriptures, including the Puranas, Vedas and Upanishads. He also studied Western Philosophy during his graduation days. The study of both Eastern and Western philosophies made him objective towards the rigid concept of religion, as propagated by most spiritual guides. His philosophies were also influenced by the Brahmo Samaj.

The chance of meeting with Ramakrishna during his Brahmo samaj days changed his perspective towards God and fellow human beings. Vivekanand became a great propagator of Hinduism not just in India but also in different parts of the world. After the death of his guru, Vivekanand formed the Ramakrishna Math and Ramakrishna Mission to propagate the teachings of his spiritual guide.

His teachings and philosophies

Vivekanand was a very powerful orator. Through his speeches, he made the world stand up and take notice of the Hindu philosophies. He is considered as the most important influence for the people of the world to develop an interest in Vedanta and yoga. Most of his teachings and philosophies are compilations of his speeches, which aroused a huge interest amongst his audience. One such speech that he delivered in 1893 in the Parliament of the World’s Religions in Chicago is widely regarded as the best by an Indian, introducing Hinduism to the world at large.

A powerful leader who was recognised and respected throughout the world, Vivekanand died at a very young age of 40, on 4 th July, 1902. Due to his immense contribution to the world in large and motivation of youth in general, his birthday is celebrated as National Youth Day. The world currently is in dire need of leaders like Vivekanand, who can lead the people from anarchy towards spiritual light.

Note: An Essay on Swami Vivekananda could be translated in Gujarati, Hindi, English, Sanskrit, Kannada, Tamil, Telugu, Punjabi, Marathi, Odia, Oriya, Bengali, and other. We have written an essay in easy language which could be understand by students of class 1, 2, 3, 4, 5, 6, 7, 8, 9, 10, 11, 12 and college students too. However, this essay is written for awareness and knowledge purpose only, do refrain yourself in copying the article.