An Essay on Sardar Vallabhbhai Patel for Children, Kids and Students 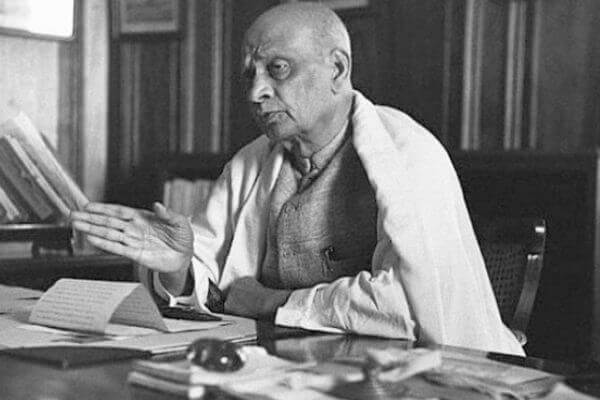 The Iron Man of India was none other than our very own Sardar Vallabhbhai Patel. He was born to a farmer named Jhaveribhai Patel in Nadiad district of Gujarat, in the year 1875 on 31st October. There are many stories of the man since his childhood, which took all the villagers by surprise. He had suffered boils when he was young and there was a man who used to cure it in their village with hot iron rod. When Vallabhbhai went to him to get treated; the man couldn’t gather the courage to treat him and the iron was still burning red.

He fearlessly asked the man to treat him but looking at how the man reacted; he immediately stood up and picked the red hot iron rod and burned the boil himself. This was the time when all the villagers knew that he was no ordinary man. Sardar Vallabhbhai Patel studied law from England and returned to India in the year 1915. As soon as he came back, he joined Gandhi in resolving the many issues then faced by India and its citizens. Out of these issues, one was where he represented the workers who were in a dispute with mill owners.

Even after being a great student and preacher of law; his influence towards Gandhi made him leave his practice and join Gandhi completely in the independence of India.

He was soon elected as the President of the Indian National Congress in the year 1931. Since Gandhi and he were friends for long and they could gel well to get India the independence it craved for years; they worked hand in hand. Gandhi being his mentor in politics had left him stranded post the assassination. But he was firm on his goals and still led with flair as Home Minister and the Minister of States to consolidate Indian Union and merge Hyderabad within India by authorising police with the orders.

He died on 15th December 1950, when he was 75 years of age. But he is still alive in our minds for all the great deeds he did to make India what it is today.

Related Tags: An Essay on Sardar Vallabhbhai Patel could be translated in Gujarati, English (UK, Australia), Hindi, Marathi, Telugu, Sanskrit, Urdu, Punjabi, Malayalam, Odia, Kannada, and other languages. However, please do not copy this essay or party of it.