An Essay on Rashtriya Swamsewak Sangh for Kids, Students, and Youth 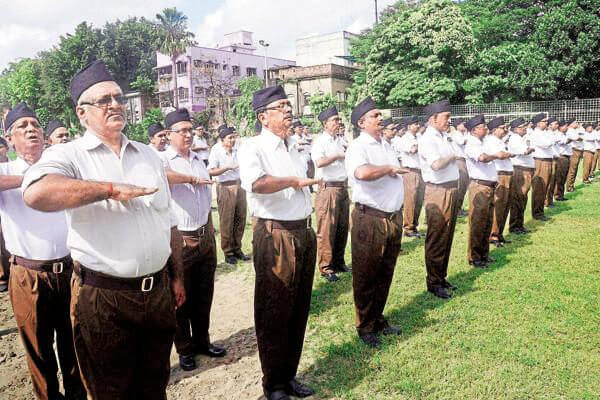 Many international level human rights and agencies have claimed involvement of RSS in communal riots. Vishwa Hindu Parishad (VHP), Bajrang Dal (BD), and other RSS affiliated organization were involved, based on Human Rights Watch report, and other investigations. However, RSS claimed that they have made appeals during communal riots to put an end the violence. Rashtriya Swayamsevak Sangh or simply RSS have many affiliated organizations who are involved in many activities from politics to Hindu nationalism. A few of them are given below.

RSS claimed that they are active in social service and reforms. They also claimed they were involved in relief works of Gujarat Earthquake 2001, Indian Ocean Earthquake 2004, Kargil War 1999, and a few other natural calamities and war time.

RSS has good presence in Western India and a few other states especially in Gujarat, Maharashtra, Delhi, Goa, Rajasthan, Madhya Pradesh, and other states. They have thousands of branches (Shakhas) all over India and millions of members.

Important Note: An Essay on Rashtriya Swamsewak Sangh could be translated in Indian languages. However, you are not allowed to copy this essay for your personal work.

Article Title: An Essay on Rashtriya Swamsewak Sangh for Kids, Students, and Youth
Article last re-published on May 15, 2020. Original.