An Essay on Narendra Modi for Students, Kids and Children 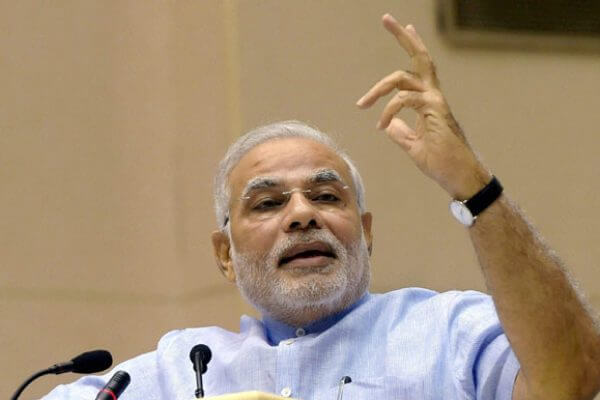 He was elected as the Member of Parliament (MP) from Varanasi Lok Sabha Constituency. He was the primary face of the Lok Sabha Elections 2014. In his early days, he joined one of the pro-Hindu organization “Rashtriya Swayamsevak Sangh” in 1970s. He was among the persons who established Akhil Bharatiya Vidyarthi Parishad in his area. He rose at the good speed in RSS organization and achieved good growth in political career too.

Serving As Chief Minister of Gujarat

He was the Chief Minister of Gujarat between 2001 and 2014. During this period, he was considered as one of the most controversial Chief Ministers in India. Gujarat Riots 2002 was happened during his office tenure. In 2002 riots, thousands of people died and injured, and crores of property destroyed. It was the saddest and black chapter in the history of Gujarat.

United States Government banned the Gujarat Chief Minister Narendra Modi for entering the US. But the ban was revoked when he was elected as the 15th Prime Minister of India.

Narendra Modi or simply NaMo was the primary face of Bharatiya Janata Party in 2014 Lok Sabha Elections. Due to his marketing campaign, BJP was able to win the Lok Sabha Elections 2014 in its own. It was the first major victory in the history of BJP.

Important Note: An Essay on Narendra Modi could be translated in Gujarati, Marathi, Sanskrit, Punjabi, English (US, UK), Kannada, Tamil, Telugu and other. You could trim the essay in 100 words, 150 words, 200 words, 300 words, 250 words, and so on.

Article Title: An Essay on Narendra Modi for Students, Kids and Children
Article last re-published on May 9, 2020. Original.