An Essay on Guru Gobind Singh for Students, Kids and Youth [Free Reading Only] 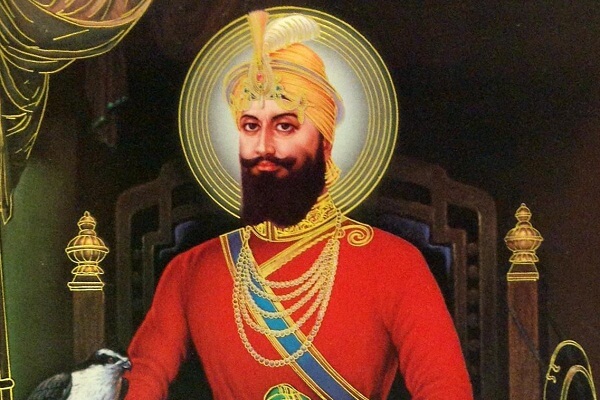 Guru Gobind Singh was born in the year 1966 in Patna, Bihar. He was the tenth Sikh Guru and was also last of the living Sikh Gurus. Guru Gobind Singh did not limit himself to being a Sikh Guru or a spiritual master alone. He was greatly known to be a philosopher, a poet and a warrior. Born as Gobind Rai, an only son to his parents, Guru Tegh Bahadur and Mata Gujri, Guru Gobind Singh spent his early years of his life in Bengal and Assam. He was later schooled in ChakkNanaki, in the foothills of Himalayas. His father Tegh Bahadur was killed in public under the orders of the Mughal Emperor Aurangzeb, since he refused to convert to Islam. Gobind Rai was then proclaimed as the tenth Sikh Guru after his father’s death.

Gobind Rai, founded the warrior community called Khalsa which was later instrumental in protecting the Sikhs during all invasions and holy wars. Through the formation of Khalsa, every born Sikh was baptized to be a pure one and they obtained a new surname ‘Singh’. Through his own baptism, Gobind Rai was later known as Guru Gobind Singh. The traditions of the Khalsa community were the observance and possession of the five K’s. They are:

Guru Gobind Singh fought battles and wars to safeguard the tradition of the Sikhs and the Hindus and to prevent the influence of the Muslim-Mughal Empire. Guru Gobind Singh also composed texts for the Sikhs to understand the history of Sikhism and to be a guide to comprehend Indian Theology. His very famous work – ‘DasamGranth’ includes many compositions and parts of them are now recited as daily prayers of Sikhs.

Guru Gobind Singh died of fatal wounds caused in a war fought between the Sikhs and the Mughals (under the leadership of Bahadur Shah).

Note: An Essay on Guru Gobind Singh could be translated in Gujarati, Punjabi, Marathi, Hindi, English and other languages. You are not allowed to copy this essay for your school / college work.