An Essay on Global Warming for Students, Kids, and Children 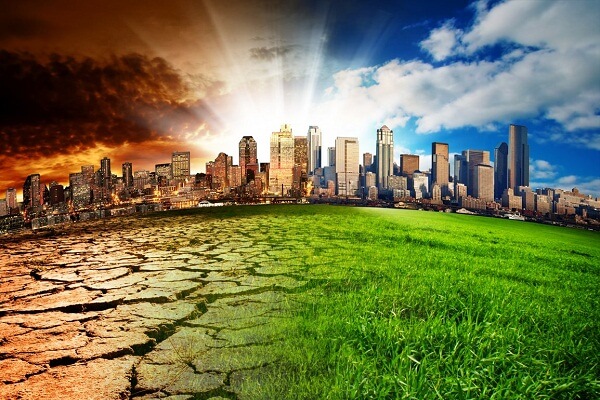 Global warming is when the surface temperature of the earth rises continuously due to the green house effect and the gases produced by green house. The surface of the earth absorbs the sun’s heat, and gets heated up every single day, which increases the level of carbon dioxide in the air.

Now, concentrating on global warming has become an issue of prime importance and every country should work on it seriously. How does Greenhouse work?

Greenhouse helps to absorb the thermal radiation gases such as water vapour, carbon dioxide, ozone and methane, and then these gases gets re-radiated and are released back to the earth’s surface in every direction, which maintains the temperature on the earth surface and leads towards global warming.

High rise in the level of carbon dioxide in the atmosphere puts an adverse effect on every human being due to:

According to researches made, it was found that excessive release of carbon dioxide in the atmosphere is mainly due to

By the end of 2020, global warming may start showing its bad effect, if CO2 emissions are not controlled continuously.

Government agencies, private sectors, NGOs and many business leaders run awareness programmes, which educate us on how to reduce global warming. Instead of making excessive use of electrical energy, we should opt for using solar system energy, wind and geothermal energy which is clean and pure and is proven good for health.

We can also reduce the burning of oil and coal, which is used mainly in transportation and avoid the use of chemical fertilisers in growing crops, making use of electricity only when required and by stopping deforestation; by doing all this we can reduce global warming to a very great extent.

Important Note:An Essay on Global Warming could be translated in Hindi, Gujarati, Marathi, Sanskrit, Punjabi, Telugu, Malayalam, Tamil, Bengali, Assamese, Bhojpuri, Urdu, Arabic, Odia, Konkani and other. However, please do not copy this article for your personal assignment or website.