An Essay on 2001 Gujarat Earthquake for Children, Students and Kids 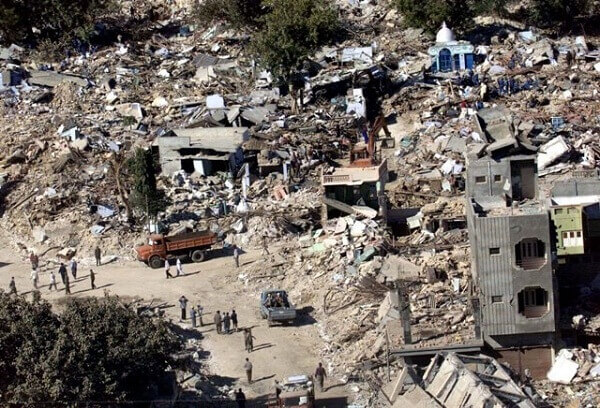 2001 Gujarat Earthquake was happened on January 26, 2001. On this day, India was celebrating 52nd Republic Day and suddenly the ground/land vibrating at large sharply at 08:46 am (local time IST) and lasted for several seconds. In these several seconds, thousands of villages and towns destroyed completely.

This was the deadliest earthquake in the history of Gujarat. Several thousands people died in few minutes across the state. The sky of Gujarat filled with dust and extreme grief of people. Places Which Affected Most

The entire Kutch region was affected badly as the epicentre of this earthquake was located in the district. Several towns and villages completely wiped out from the map in Bhuj, Anjar, Bhachau, and Gandhidham. The damage was widespread and thousands of people lost their lives due to collapse of buildings.

Saurashtra region was also badly affected, but not equals to Kutch. Maliya Miyana, Wankaner, Morbi, Rajkot, Amreli, and other places were affected by this earthquake. In these cities and towns, people also lost their lives. Several crores of properties and wealth destroyed in this deadly earthquake. Relief by Around the World

In just few days, Gujarat Government and large number of NGOs received large amount of money as part of relief to the people of Gujarat. Several large NGOs from other countries sent important goods and consumer products which are necessary. Felt in Other Countries Too

2001 Gujarat Earthquake was also felt in Pakistan, Nepal, and Bangladesh. These countries has also faced so many deaths on that day. The earthquake was happened due to the Indian plate pushing northward into the Eurasian plate. Later on, it created a larger earthquake for several seconds.

Important Note: This essay on 2001 Gujarat Earthquake is written for knowledge and awareness only. You are not allowed to copy this essay for your personal work. You could translate this essay in Gujarati and Hindi languages with the help of online translation tool.