An Essay on Clean India Campaign Mission for Students, Kids and Youth 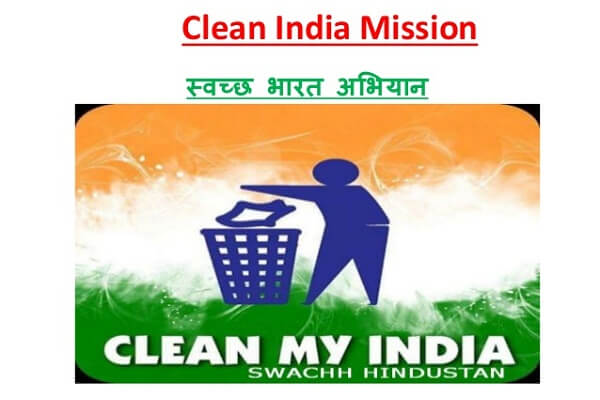 Clean India Campaign, well known as Swachh Bharat Abhiyan is a campaign run by the Government of India. It was initiated by the current Prime Minister of India, Shri Narendra Modi on 2nd October, 2014, honouring Mahatma Gandhi on his 145th birthday. He aims at the successful completion of this mission on the 150th birthday of Mahatma Gandhi.

This topic should be discussed by every parent in front of their kids, so as to spread awareness about this cleanliness mission. As the topic indicates, Clean India Campaign aims at the biggest cleanliness drive of India, focussing mainly on the cleanliness of roads, streets and infrastructure. Over 3 million students and Government employees participated on the launch of this mission, which spoke volumes that if these few percentage of the Indian population could come on road to keep the streets clean, then we should all join hands to make this mission successful and make India a better place to stay.

An intelligent plan was made by Narendra Modi by choosing nine personalities of India to start with the campaign, and requested each one of them to bring nine more members with them and so on. The invitation continued and made a long chain and made the mission very clear and audible to each and every individual.

This Clean India Campaign mission targeted mainly to eradicate open defecation, making unhygienic toilets into flush toilets, getting rid of manual scavenging, reuse of waste materials, motivate healthy environment, and strengthen the cleanliness system mainly in the rural and urban areas and spreading the benefits of clean environment among all the people.

If this mission is successfully completed, many business investors would be motivated to invest in India, which would indirectly raise the overall GDP growth, attract tourists from each corner of the world, increase in the employment sources, increase savings by reducing health care costs, reduction in life taking diseases, which would hence minimise the death rate. If each and every one of us devotes just 100 hours of our lives per year, then without fail our country would be counted in the cleanest countries list by the end of 2019.

Important Note:An Essay on Clean India Campaign Mission could be translated in English (UK, US), Marathi, Hindi, and other Indian languages. This essay could be useful to all students and youth to make them aware about the issue.