An Essay on Bhagat Singh for Students, Kids and Children [Free Reading Only] 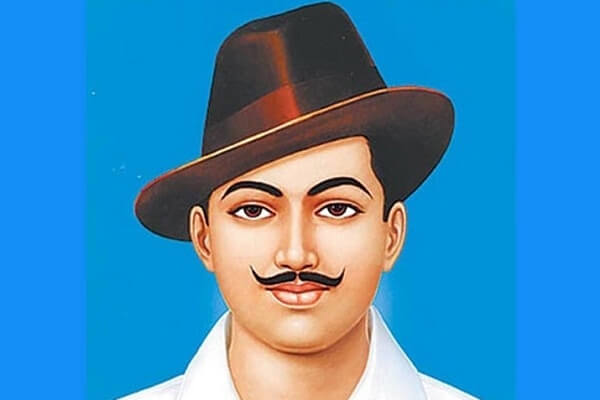 Bhagat Singh was one of the many heroes, who worked against the British Government to get India the freedom it is enjoying today. He was born on 27 th September, 1907, in Khatkar Kalan in a Sikh family in Punjab. His entire family was involved in the freedom struggle for India. There is no doubt that patriotism flowed in his blood since childhood. Bhagat Singh studied in Lahore at a local D.A.V School. It was during this time that he came into contact with many great political leaders such as Ras Bihari Bose and Lala Lajpat Rai. When the Jalianwala Baug massacre took place in the year 1919; he was very disturbed by the event and went there the next day to take the soil and preserve it for the rest of his life to fight against the Britisher’s for India’s freedom.

Movement against the British

Bhagat Singh formed a militant youth organisation in the year 1925 and named it as Naujawan Bharat Sabha. He took the revenge of the death of Lala Lajpat Rai by killing Saunders in 1928. An active member of the Republican Army called Hindustan Socialist; he was the only member to have the courage to throw bombs in an ongoing Central Assembly on 8 th April 1929. He also went on a hunger strike to protest for his fellow prisoners against the jail authorities, the slogan “Inquilab Zindabad” chanted by him made a great impact on the youth in the movement. He was hanged when he was 23, just a day before 23 rd March 1931 which was his appointed date. With this Bhagat Singh was given the title of Shaheed-e- Azam as he was the youngest to be hanged.

The only goal in his life was to get the India free from the British Slavery. He was a regular contributor in the magazine Kirti and was an active member of the party called Kirti Kisan. Later he also joined hands with Chandra Shekhar Azad and was a great revolutionary. He was always on the move to meet and join the other revolutionaries who helped India to become free.

Note: We recommend you to use the online translation tool to translate this essay in Hindi, Gujarati, English, Sanskrit, Punjabi, Urdu, Telugu, Marathi, Tamil, Malayalam, Kannada, Bengali, and more. An Essay on Bhagat Singh is written in very easy language which could be understood by students of class 1, 2, 3, 4, 5, 6, 7, 8, 9, 10, 11, 12 and other.