An Essay on Army Day of India for Students, Youth and Kids 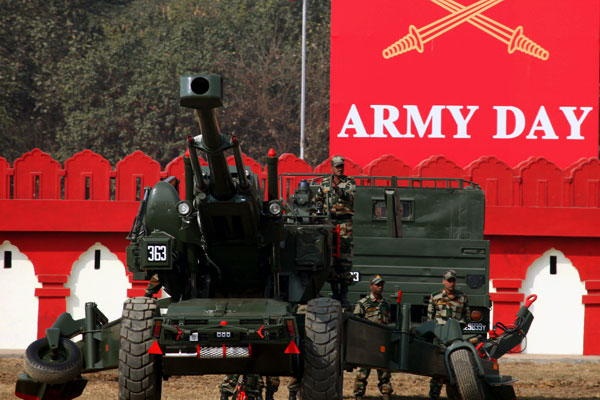 India gained independence from British on 15th August 1947. Creation of separate countries of India and Pakistan (then divided into East and West) also resulted in the formation of international borders. The border along with the security of the entire country and its citizens is the responsibility of the Indian army. Indian army firmly believes in its motto, “Service before Self”. It has more than 12 lakh active personnel and is the 3 rd biggest army in the world. Different units and regiments of the Indian army have participated in a number of battles post-independence and is a huge and regular contributor to the UN peace keeping forces.

The Indian army not just renders its services fighting against the enemy at the borders, but also fights for and with its citizens whenever a natural disaster strikes. They are dedicated in spirit and action and always ‘fight to win’ and have shown exemplary courage on multiple occasions. The dedication, gallantry and service that the brave hearts of the Indian army perform every day for the citizens of its country as well as other parts of the world, deserves to be saluted and celebrated.

Each year, Army day is celebrated in New Delhi as well as in all headquarters on 15th January with great fervour. The day is celebrated at Amar Jawan Jyoti at India Gate, New Delhi and at all army offices and headquarters. Parades and military shows form part of the celebration and feature the achievements and technological advances of the Army. The day also marks the commemoration of unit credentials and Sena medals for gallantry.

Important Note: An Essay on Army Day of India could be translated in regional languages of India. Please do not copy this article or any part of it. This essay on Indian Army Day is written only for knowledge purpose.

Article Title: An Essay on Army Day of India for Students, Youth and Kids
Article last re-published on April 5, 2020. Original.