An Essay on Amitabh Bachchan for Students, Kids and Children 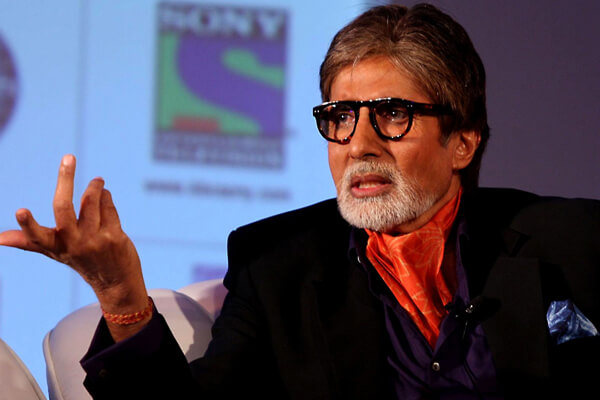 Mr. Amitabh Harivansh Rai Srivastava, more popularly known as Big-B, is one of those personalities who has tasted all the phases of life but conquered them all to achieve the stardom that he holds today. His life is an inspiration for all those struggling yet ambitious youth, who want to achieve great heights in their career.

Mr. Bachchan was born on October 11, 1942 to renowned poet Dr. Harivansh Rai Bachchan and teji Bachchan, in Allahabad and was their second son. He was originally named “Inquilab” but later was renamed as “Amitabh”. He completed his schooling from “Sherwood College, Nainital” and later pursued his graduation from ‘Kirorimal College, DU’ and has two masters degree to his name. In the year 1968, he started working with a shipping firm of Kolkata. He also tried for All India Radio but was in vain owing to his baritone voice, which however, later added feathers to his hat of acting. He started his acting career in the year 1969 with the movie “Saat Hindustani” and then there was no looking back for him.

He gave major hits with the then superstars and endowed us with evergreen movies like “Anand”, “Deewar”, “Don”, etc. His sonorous voice and serious acting got him the title “Angry Young Man”. Apart from acting, he also tried his hands in business and politics but could not do well in those fields, owing to which he had a major blow back and his career started to drown. But this man of strong will power did not give up and returned back through the small screen. And since then there is no stopping him.

He is an international personality now, but is still uprooted to his morals and values. This down to earth star has many laurels added to his name, which not only include awards for his acting skills but the most prestigious honours like ‘Padma Shree’ and ‘Padma Bhushan’.

He presently resides in his mansion Jalsa situated in Mumbai and his family includes wife Jaya Bachchan, children Abhishek Bachchan and Shweta Nanda, their spouses and his grandchildren. This charming star has evolved out of many struggles and is a perfect example of hard work and perseverance. He has personified his name “amitabh” which means “immeasurable splendor”.

Related Tags: An Essay on Amitabh Bachchan could be translated in Hindi, and other regional languages of India according to your need. We suggests you to use online translation tool for reading purpose only. Website owners and students are not allowed to copy this essay for your personal work or assignment.