An Essay on Abraham Lincoln for Students, Kids and Children 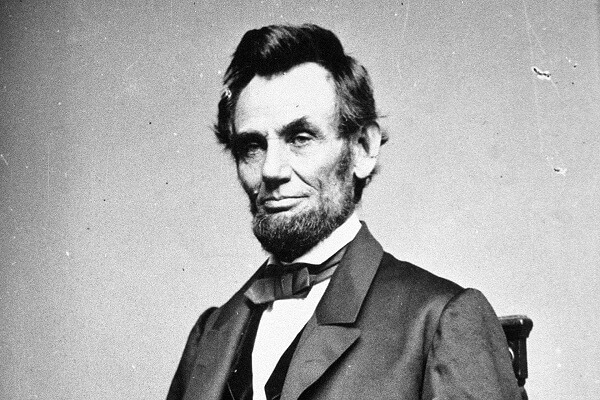 Abraham Lincoln was elected the sixteenth president of the United States of America in 1861, who led his life with numerous challenges and victories. His birth place is Hardin County, Kentucky and was born on 12th February, 1809.

He was re-elected as president in 1864 and his flexible and generous nature encouraged the Southerners to surrender their arms and join the reunion. He lost his mother at the young age of 9 years and started working on a farm to earn his livelihood. He had great interest towards books and loved to study, and to achieve his education he made extraordinary efforts to make it possible. Lincoln became a captain in the Black Hawk War and spent his enormous eight long years in the Illinois legislature, and then practiced in courts for few years.

Lincoln tied the knot with Mary Todd on November 4 th 1842 and was soon blessed with four kids, of which he lost one boy.

As the president of United States, Lincoln led the country through American Civil War, which was one of the most agonizing moments in the history of America and was termed as the greatest constitutional, moral and political crisis. He rubbed off slavery in the United States, which was a strong issue and re-united his people. He also reinforced the federal rule and modernized the economy of America. He possessed a benevolent personality and played a historical role as the saviour to the Americans.

Soon after he became president in 1861, he issued the freeing declaration stating that freedom should be given to all those who were under slavery, within the 1863 confederacy. This decision made him the most remembered and the greatest person in the history of the United States, because it had an unbelievable effect on America.

At the age of 56 years, on 14th April, 1865, which was a Good Friday, Abraham Lincoln was unfortunately assassinated by John Wilkes Booth, an actor, at the Ford’s Theatre in Washington. This actor had a misconception that by killing this noble person, he is helping the South in disguise.