An Essay on 4th of July for Students, Kids and Youth [Best Essay] 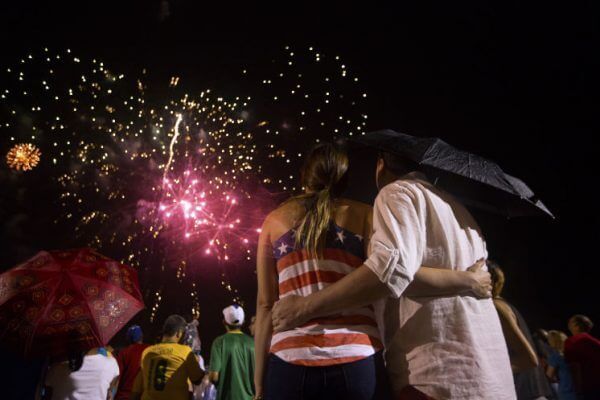 4th of July, 1776 holds a remarkable importance in the history of United States of America. People either recognize it as July 4th or 4th of July. It’s a national holiday. To talk in detail, that day achieved its independence from the British Empire after a long disputed era.

People from different parts of the States, Cities, and Counties gather to celebrate this pride moment. Gunshots are fired as a salute to the brave soldiers. There is a grand celebration on every anniversary. Significance of 4th of July:

If you dig into the history, it is a fact that the two persons (John Adams and Thomas Jefferson) who signed the Declaration of Independence died on the same day of July 4th July, 1826. Another representative who was elected as President (James Monroe) also died on 4th July, 1831.

To add more surprises, three Presidents of the USA died in a row on 4th of July except for Calvin Coolidge, who was born on 4th July. It’s surprising but, true. Initially, the holiday was unpaid for federal employees, where as in 1938 the Congress committee considered it a paid federal holiday.

Being a national holiday and a patriotic day, people have a greater excuse to step out of their house and join people to celebrate this pride moment. Relatives and friends plan a BBQ night under the open skies watching the fireworks at night.  People wear flag colored hats, costumes, carry balloons, and glow sticks. Many states organize events and shows like pet show, carnivals, eating contests, bounce houses, DJ music, and more.

Some of the largest and highest fireworks as well as bonfire can be experienced at Salem, Massachusetts. A few more remarkable destinations to remember are, San Francisco Bay, Washington DC, Chicago, and more. We recommend you to show the 4th of July events to children as they will understand the importance of this day and enjoying spending time with you.

Few tips to celebrate 4th of July in USA: