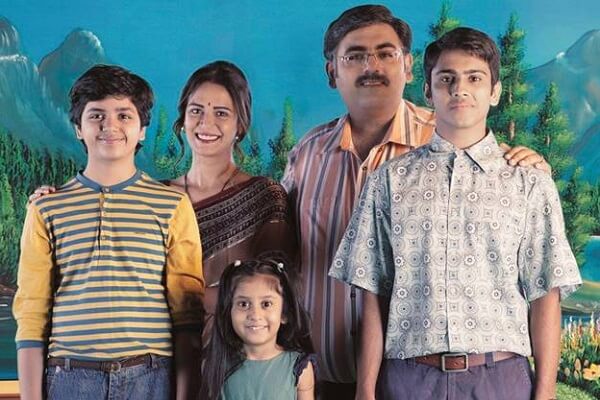 Yeh Meri Family Netflix Cast Real Names with Photographs details given here. This is an Indian web series, broadcast on Netflix. This series is based on late 1990s children Harshu Gupta, a 12-year-old boy. This web series stars Revethi Pillai, Mona Singh, Prasad Reddy, Akarsh Khurana, Ruhi Khan, and Ahan Nirban. These all are Gupta family’s members and their near acquaintances. In July 2018, the first season was premiered on TVFPlay and YouTube with 7 episodes. However, this series is made available on Netflix for their users.

This series is created by Sameer Saxena and directed by himself. Contagious Online Media Network was the production company for this series. In this article, we have provided information about Yeh Meri Family characters real names with their photographs. So, let’s see! The following information is basic details about this popular web series, telecast on Netflix, TVFplay, and YouTube.

Please support our work by sharing this article link on popular social media platforms, such as Twitter, Facebook, WhatsApp, and other.